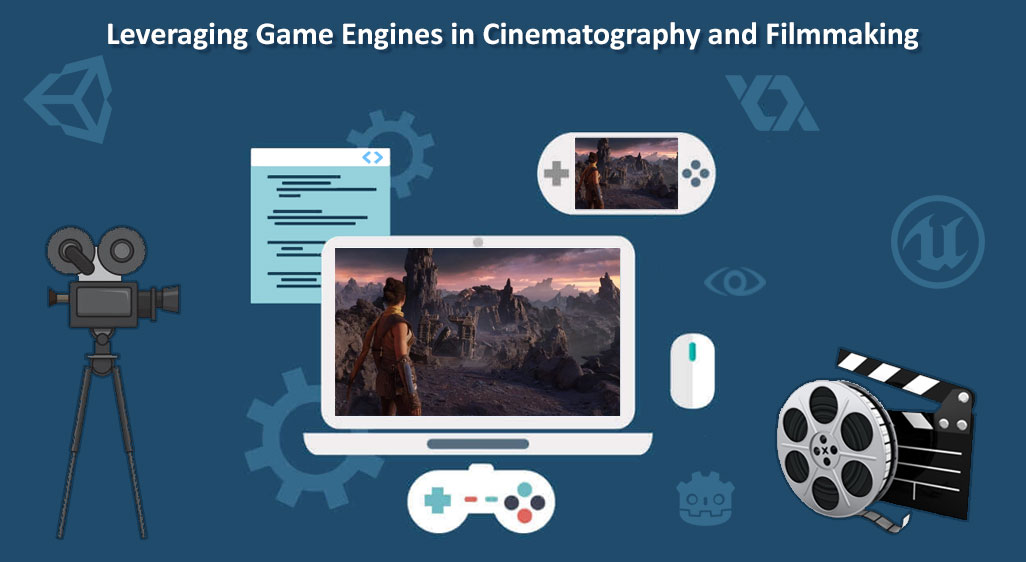 What Exactly Is A Game Engine?

As the name suggests, game engines are the driving force behind practically all of a video game’s components. They are in charge of everything, from the logical laws of physics to the visual aspects like lighting and graphics. For instance, the game engine considers a variety of factors when you drop a stone into a lake in a game scene, including how the stone should move through the water, the appearance of the waves on the water’s surface, how light should reflect from the water, what sound that interaction should make, and more!

As a result, game engines are incredibly complex and intriguing bits of software that can produce practically anything a human can think of, from subtle interactions in a room to extremely complex and dense worlds and even universes! Therefore, the major goal of game engines is to greatly simplify the job of game creators and to speed up the game creation process. But when you have such a strong tool, people will begin to realise that the possibilities go beyond game development!

Utilization of Game Engines in Filmmaking

As you are surely aware, shooting sequences with a lot of visual effects traditionally entails taking the shots in front of a green screen, and adding the effects and backgrounds in post-production. Of course, this approach is effective and has been for a very long time, but on the negative, a lot is left up to the performers, camera operators, set designers, the director, and pretty much everyone else involved. However, game engines can significantly alter that.

Game engines are an excellent tool to employ in the production process since they can render visuals in real-time.

For instance, the Industrial Light & Magic team at Lucasfilm projected the Millennium Falcon’s hyperdrive animation in real time for the film “Solo” using laser projectors. The main advantage of doing this is that both the director and the actors can now experience the effect and feel of it directly in front of them, making the actors’ reactions to it look much more realistic. Additionally, the director has a better understanding of how the scene will turn out before even beginning the post-production process.

However, this is not the only application for which game engines have been used in filmmaking. The other major advantage of gaming engines is the addition of 3D models that appear hyper-realistic. The inclusion of the droid K-2SO in the film “Rogue One: A Star Wars Story” is another example from Lucasfilms. Our mind was blown when we read about it! However, that is what makes game engines so incredible and interesting to use in a film.

The Mandalorian, another film set in the Star Wars universe, is the most recent fascinating example that is garnering media attention left and right. When it comes to utilizing cutting-edge technologies and making them commonplace in the film industry, Luca Arts has always been at the vanguard. They developed what they did for Mandalorian after Solo: A Star Wars Story. They opted for a massive stage made of displays that were projecting the “Set” live using the capabilities of the Unreal Engine rather than a modest OLED panel in front of the Millennium Falcon.

We have to admit that when we first heard about using game engines in film, the first idea that came to mind was creating animated films. When you stop to think about it, the only distinction between a video game and an animated film is the degree of participation. In a video game, you are the one who makes the choices and interacts with the environment and characters to advance the plot. In many contemporary video games, the game’s outcome depends on your choices, whereas in an animated film, everything has already been decided for the audience and the resolution is predetermined. However, aside from that, the procedure for world-building, character development, storytelling, etc. is the same everywhere else.

For a firsthand look at the potential, watch videos like “Adam” for Unity Engine, which even earned a Webby Award, or the recently released “Lumen in the Land of Nanite” by Epic Games, which demonstrates the power of the most recent version of Unreal Engine. Due to the lighting and hyper-realistic object geometry, the video nearly rocked the gaming world. Unreal Engine 5, however, has enormous promise for producing photo-realistic visual effects while speeding up the development process, and we are very confident that the filmmaking community is also paying close attention to this.

Of course, some filmmakers are forward-thinking, like Neth Nom, who used the unity engine exclusively to create his short animated feature “Sonder.” The 240-person production crew benefited greatly from doing so in numerous ways. Since everything was being done inside the engine, the team members could all work remotely—some of them were even located in other countries—since they didn’t require a physical studio to work in. Additionally, the Unity engine’s real-time rendering capabilities spared the production the headache of deploying render farms for the animation. They could immediately check and observe the outcome of every adjustment they were making because everything was in real-time. The case for reducing the cost of production is presented lastly.

The use of large render farms is one of the numerous costs that may be reduced by employing gaming engines. Because of this, employing game engines is a fantastic choice for independent filmmaking teams. Likewise, free use of game technologies like Unity and Unreal Engine is another perk! Including them in your production workflow is a powerful additional argument.

Do You Like Producing Video Games And Viewing Feature Films?

These courses cover the fundamentals of gaming mechanics, interactivity, and the tools for developing and perfecting game content. You may develop visually stunning gaming environments that tell engaging stories, show thinking, evoke emotion, and are simply enjoyable to play by building on that foundation and the technical parts of 3D animation software and game engines. In a highly collaborative learning atmosphere that mimics a working studio, the game design and development programs are all about planning, producing, and bringing to life the visual elements of games.

Arena Park Street is ideally situated to provide students with a relevant and worthwhile education in the 21st century. We believe that education should be related to the type of employment you will be doing once you graduate. Are you curious to find out more? Call us right away.