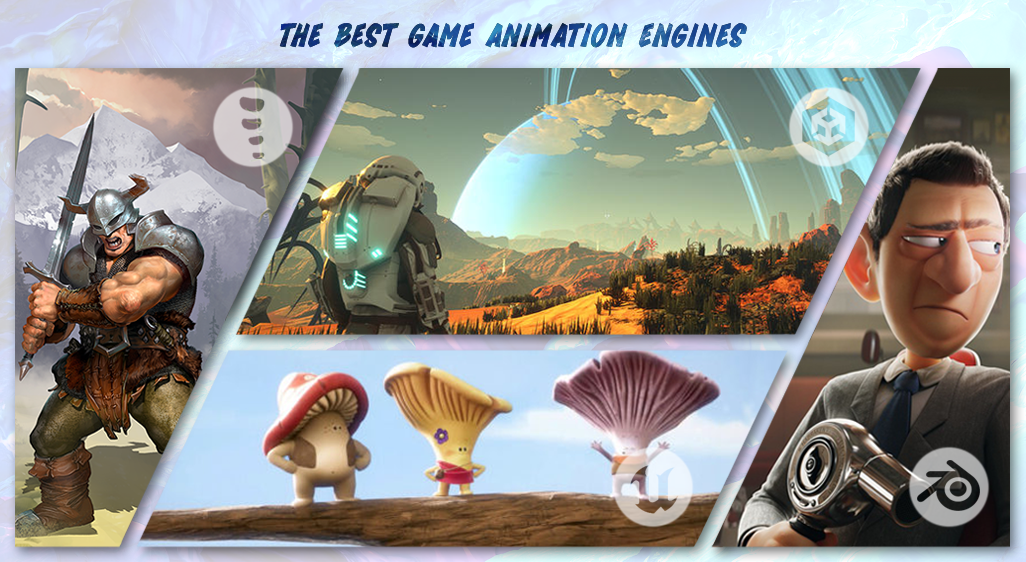 Game animation engines are revolutionizing the way we build games today. There are now more than only the top video game development studios producing games. Independent game creators and everyday individuals can use potent game animation engines. Almost anyone could try it because of the affordable platforms (or even free ones), slick user interface, and superficial learning curves. Here, we provide you with a detailed overview of the top game animation engines currently available.

What Qualities Should the Best Game Animation Engines Have?

You’re well into your study if you’re looking for the best animation engine. Begin by looking at system requirements for game animation engines. Do you trust Windows? Mac? Or even Linux? Thereafter, you should determine whether or not the engine is free. More and more animation engines are becoming free to use while still offering premium plug-ins for a more personalized workflow.

Tools and features are also crucial. Are the tools you need more appropriate for 2D or 3D? Not to mention, features and tools for video games are very different from those for filmmaking. In terms of lighting, shading, audio, rigging, and other factors, every game engine has its advantages. Finding an engine that employs a programming language that you are familiar with is the final step. Not everyone is eager to start from scratch while learning a new language. For those who struggle with coding, more widely used systems provide visual scripting languages.

By far, Unity is the most widely used game animation engine among developers worldwide. The goal of this Unity Technologies engine to democratize game production is accomplished. Why? Considering that anyone, including both big and small developers, can build upon it. Additionally, it is a free game animation engine that works with many different platforms. These consist of:

Any aspiring developer needs Unity’s robust community. The tutorial collection is comprehensive, but there are also forums with a wealth of information, making the learning curve simple. The interface is practical and the prototyping process is speedy. Because of Unity, developers can avoid learning complex coding. Thousands of video games use Unity. Many of them are mobile games, although Unity was also used to create larger (AAA) games like Wasteland 2, Firewatch, and Shadowrun Return. For realistic illumination in terms of graphics, Unity uses physically based shading and rendering. Unity has received upgrades that added light mapping and camera stacking for rendering objects outside of the scope of the camera. Not to mention, the images are mobile-friendly and scale down to fit any screen. Both 2D and 3D scene rendering benefit greatly from it.

Over the years, Unreal Engine has undergone significant ground-breaking improvements. Real-time global lighting is a problem that computer graphics developers have been attempting to solve for a while. This entails receiving dynamic bounce light without having to wait a long time for individual frames to render. Developers can move objects around to observe how light filters through and throws shadows on other elements. You can even start to doubt whether or not that rock structure or cave is real thanks to the graphics and animations created with Unreal Engine. It is among the most widely used game animation engines. Not to mention that anyone can utilise Unreal Engine for free. Several platforms are supported by the Unreal Engine, including:

Unreal Engine can depict a great deal of character detail, including skin imperfections like wrinkles and scrapes. Due to the utilization of over 30,000 facial triangles to produce hyper-realistic avatars, even facial hair has a rich feel.

Games, 3D worlds, pictures, and intros may all be made using Blender. Almost every step of the 3D process is supported, including modelling, sculpting, rigging, compositing, and motion tracking. But it goes further than that. Additionally, well-liked for 2D animations in Blender. Blender is open source and available to everyone, just like the other game engines described above. Recent versions fixed issues and greatly simplified the user interface. Even for a free engine, there won’t be any glitching or crashes because of the overall excellent stability. It functions on popular operating systems like:

Scaling GPU rendering is quick and simple. Blender gains new features nearly every week by using potent tools like Cycles. Another strong tool is Eevee, which allows animation renderings to be finished in a matter of minutes as opposed to hours. Although it represents a significant advancement for CGI, learning it takes some time. Despite how excellent Blender is, there isn’t much support for it. If you have trouble using it, you’ll need to do a lot of research to find solutions for how to master the engine and resolve probable issues.

A top-notch 2D game animation engine, in our opinion, merits inclusion on this list. The Spine is a 2D skeleton software program that is utilized in video games. The interface is adaptable and provides efficiency and stability. Since Spine is so lightweight, you could use it on a laptop if you wanted to. But don’t think that Spine is any less powerful than other 2D animation characters. The Spine’s superb working mechanics make it a great place to work. As a result, you may create fluid animations where your mesh is controlled by many moving bones. You can save time and effort by using the engine, which essentially understands how you want your character to move.

Its basic interface makes it perfect for 2D animation. It offers integration with other platforms like Unity and facilitates UI scaling (pretty common among developers). You can easily zoom in and out and use the SETUP mode to switch between designs. By segmenting your character, you may create sprites that are ready to be placed on the Spine. The rest of it is rather conventional. Not to mention that the character rigging procedure, which is often a labor-intensive step in creating animations, is effective. Then you just need to click the ANIMATE button to try it out.

The Spine is a trademarked name in this list. It costs $69 to acquire the entry-level package. The initial cost of an upgraded plan is about $300. Although everyone has different preferences and spending limits, some developers look for free alternatives like Dragonbones. In addition, Spine is compatible with the following platforms:

Game animation engines are making a greater impact on accessibility for game developers worldwide. Game animation engines are becoming more and more feature-rich, allowing for ever-more-powerful creation. Not to add that more individuals are mastering game animation, the user interface is slicker, and learning curves are simpler. This indicates that both well-known gaming firms and smaller producers use the same game engines. Given its boundless potential and the fact that some of the above-mentioned engines have become industry standards, it is reasonable to conclude that development is showing no indications of slowing down.