we respect your privacy!
Home Arena Animation How Is Animation Used For Gaming 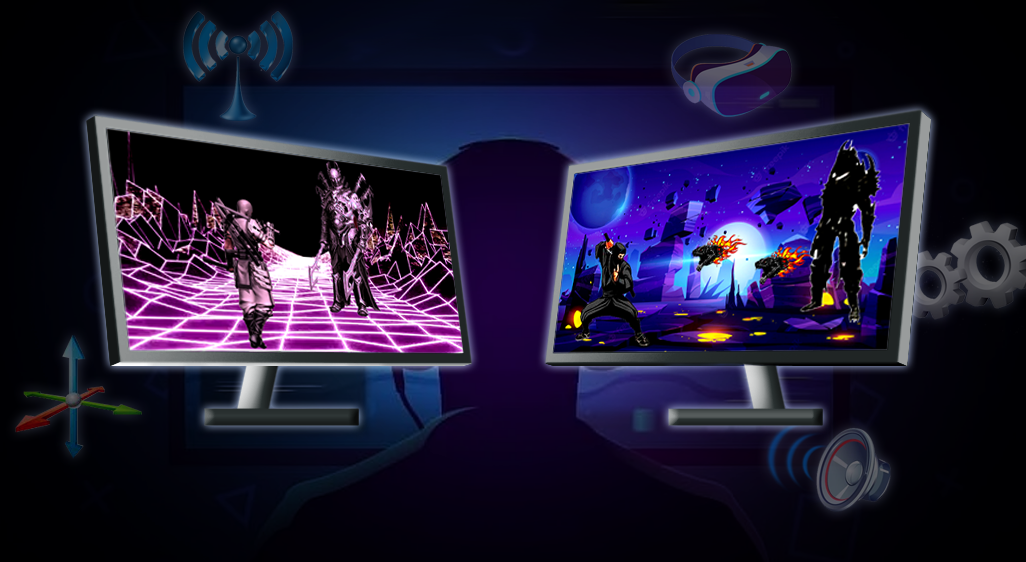 You could believe that video game animation and movie animation are the same things. This is a widespread assumption. Even though all media use the same tools and concepts of animation, the procedures and approaches are vastly different. This article will help you to differentiate between making animation for movies and animation for games, as well as what you need to know if you want to find employment as a game animator.

Animation is a technique in which several photographs are captured and processed by displaying them in quick succession, giving the impression that they are moving. Drawings, models, puppets, computer pictures, and other media can be used to accomplish this. Drawings were originally used for animation, which was then transferred to transparent sheets and photographed. However, computer-generated imagery, usually known as CGI, is now more commonly used in animation.

A variety of approaches can be used to develop animation. Learn more about the many forms of animation in the following section.

This approach was utilized in the early days of animation, and each frame of the storyline was created using hand-drawn graphics. To create scenarios, subjects were painted onto plastic cells and then photographed separately in front of painted backdrops.

This approach uses digital technology to make graphics in a 2D environment, much like hand-drawing. The technology, on the other hand, allows animators to finish the task faster. Some tasks can be completed in batches rather than one at a time, while others can be streamlined and shortened. For example, rather than redrawing the entire form, a computer picture of a person waving can be edited to modify simply the hand motion in each image. Changing the colour of clothing is also easy to do.

This style of animation employs digitally produced and altered 3D models, which are far easier and faster to change than individual pictures.

Stop-motion animation makes use of real-world things like clay sculptures. A frame is taken, the models are gently shifted, and another frame is captured. Only minutes of recorded motion is created after several hours of labour.

Clay models, for example, are used in stop-motion animation. A frame is taken, the models are gently shifted, and then another frame is taken. Only a few minutes of recorded motion are produced after several hours of labour.

Stop-motion animation is utilized to capture puppets, which are frequently equipped with interchangeable heads for various expressions.

During the stop-motion shooting technique, clay models are utilized and modified.

Images adhere to the interior of a drum-like rotating cylinder. The graphics appear to move as the cylinder spins. This method is ideal for brief animations like gifs.

Stop-motion animation is used to capture paper designs that are cut out and placed in front of backdrop sets.

This is likely one of the most complicated, and hence aesthetically demanding, methods. Artists create pictures in the sand on an illuminated table, erasing and starting over for each frame, producing a spectacular outcome.

Images, like sand, must be cleaned at least partially between each frame using turpentine. After photographing each frame, the next gets painted.

Images of words and letters, such as title sequences, are created using this approach.

Images are occasionally sketched or etched directly onto film reels in a darkroom.

The Process Of Animation

To give a sense of movement, animation employs a mix of pictures and optical illusions. The human brain will naturally keep a picture for a fraction of a second longer than it appears in front of the eyes. Our brains understand continuous motion when this scientific theory is paired with the animation process, which is a rapid sequence of visuals. A clay model, for example, maybe moved a fraction of an inch in each shot, resulting in the model appearing to move when combined.

Each frame is made and placed in chronological sequence to depict a story using one of the several types of animations outlined above. The frames are exhibited in fast succession to give the appearance of movement, whether utilizing drawings, 3D objects, or coding. To finish the process of bringing the tale to life, audio and speech are added. You can make your animations with household materials and a video camera. Know that this is not a quick procedure. You’ll need a place where nothing can be altered without your prior consent in between work periods. You can use a variety of computer tools to assist you with the creation process.

Interactive games are all about animation. You will have total control over the player and the camera when playing a game. You’re the one who moves the character and moves the plot ahead. Not only does the animation have to look excellent, but it also has to look good from all angles. If the game is in the third person, the user can move the camera around to watch them walk or run the cycle from a different perspective. This additional perspective can highlight details such as knee pops that would otherwise be missed in a standard camera view. These are the considerations a game animator must make to guarantee that their animation can withstand everything the player throws at it. Unlike animation in a movie, where the animator doesn’t have to care about how it looks from the side or back, game animations must appear beautiful from every perspective. When applying the concept of the arc into an animation, the animator must verify that the figure follows good smooth arcing motions from any perspective.

As a game animator, you’ll be exposed to a broader variety of animations than what you’d see in a Pixar or DreamWorks film. You could end up animating fantastical creatures, giants, battle tactics, scheduled events, and so on. You’ll also ride in a lot of alternative ways, not simply walk and run. Most games, for example, will require a breathing cycle, an idle posture cycle (when the character is stationary), crouching and walking, walking ahead while pointing a pistol, laying down and crawling forward, and so on.

Since most games are driven by body mechanics, you’ll need to devote a significant amount of effort to master yours. That’s not to suggest you won’t be animating any acting moments, but if you think back to the last video game you played, you’ll notice how much emphasis was placed on body mechanics. The demands of the player inputs typically dictate the timing of animations in games. Nothing is more aggravating than being caught in the middle of a gunfight in Call of Duty and having to reload, which almost always results in your death. However, the reload animations have been well-timed to add to the action. For example, a reload animation should be rapid enough to return the player to the action, yet slow enough to be realistic and provide a struggle to the player.

Since each game is distinct, game design is a complicated idea. Different engines are used for different games, each of which has a unique appearance and feel. Let’s take a look at some of the most common elements of game animation nowadays.

Have you ever had the impression that a playable character in a video game moves slowly or suddenly? Gaming animation relies heavily on the sense of touch. In many games, you may choose between a heavy assault that takes longer to complete and a light strike that fires off fast animations. To recreate a real-life driving experience, realistic driving games like Forza Motorsport sometimes sacrifice car control at high speeds. Otherwise, an arcade racer like Mario Kart includes tight corners, swift acceleration and braking, and a circuit design that promotes simplicity and thrills.

Your action is fluid, which makes games fun to play for years. How does your character go from the beginning to the end? Is it silky smooth? Is it possible to use the input controls responsively? Each move you do in a fluid game mixes effortlessly, giving you the feeling of being in command. The award-winning Witcher 3 is known for its slick fighting.

The animations may be created by a game designer, but they have no idea how a player would utilize them in endless gameplay scenarios. Contextual animations provide the impression that the gamer’s experience is unique. An excellent game features small subtleties that keep the experience new, rather than employing one-size-fits-all animations. As a one-on-one fighting game, Mortal Kombat, for example, has a vast cast of playable characters.

Working As A Game Animator

Each animation you’re given must usually be completed in a fraction of the time it takes to make a film. In feature film animation, it’s not uncommon for an animator to take many months to complete a single shot, depending on how intricate it is. While the animations may not need to be as flawless as in a movie, they must still look beautiful in the game. Since you won’t have time to move from blocking to blocking version 2, blocking version 3, and so on, the amount of passes you may have on a single animation is frequently drastically lower. You’ll need to figure out how to move from blocking to final animation as quickly as possible. As you’ll have less time to master your work, you’ll need a better grasp of the animation, its function, and how you want the player to feel. Game animation isn’t about putting on a show, but rather about making sure the animation works properly for the user.

While game animation places a strong emphasis on body mechanics, there is still a need to move the story forward, and games are becoming increasingly story-driven as hardware improves.

To keep the user involved in the gameplay, most games aim to appear realistic. Motion capture is becoming increasingly popular as a way to guarantee that the game is as realistic as possible, particularly for the more delicate acting cut scenes. Motion capture is something you’ll need to learn as a video game animator because more studios are incorporating it into their workflow. This isn’t to say that traditional animation isn’t necessary; rather, you’ll most likely need to start with motion caption data and work your way up from there.

Animating for games can provide a unique set of hurdles, but it can also be quite lucrative. If you want to pursue a career in game animation, go to the Arena Animation website for tips on how to improve your talents. Give us a call if you have any queries regarding animation for games.