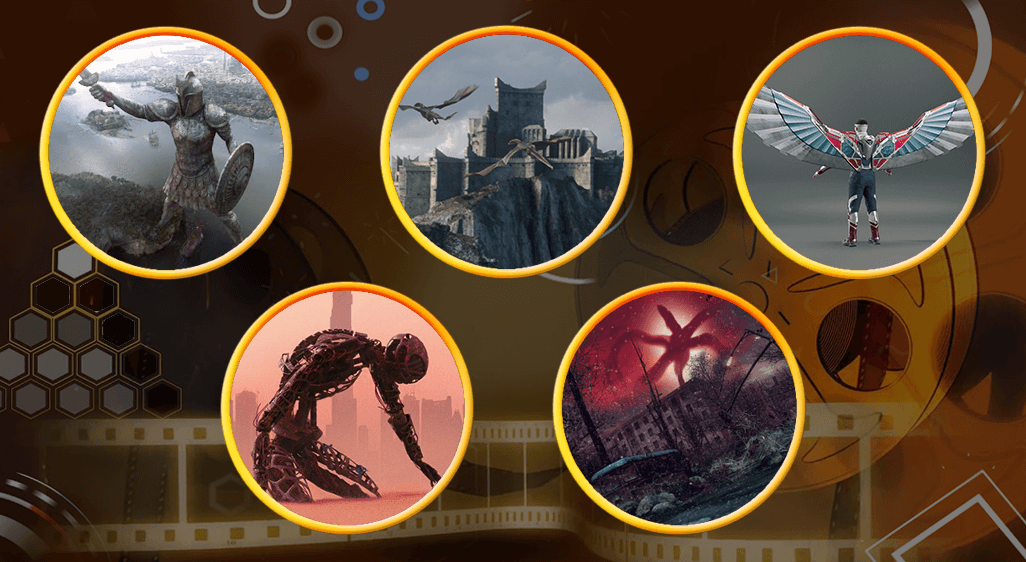 Heroes. The 100. Chernobyl. The Walking Dead. The Tudors.

Why are we naming web series?

We’re not. We’re listing shows rich in visual effects that anyone who aspires to a VFX career must watch.

Not only are they a visual treat, but they are absolutely binge-worthy. Plus, if you’re enrolled in a VFX course, they’ll open your eyes to a new perspective. So, when you watch Tokyo being destroyed in Heroes, you’ll notice that the buildings, people, and cars are all CG. Or when you’re amazed by zombies being cut in half in The Walking Dead, you’ll realise the organs and intestines are VFX.

But these shows were just honourable mentions. They pack a punch in visual effects and are worth a watch. However, to truly blow your mind, we recommend the following five series. Each one will inspire you to build a career in VFX and join a VFX filmmaking course today.

We know the chances that you haven’t seen this HBO show are very, very small. But, just in case you skipped it, we recommend starting with it. GoT was a masterpiece with regard to performance and plot. Both were gripping.

That said, it was the use of visual effects throughout the show, from the White Walkers to the Dragons, that really made it a class apart. Its VFX-rich content put it on the map and normalised its use in TV and web shows.

For the uninitiated, Westworld is simply a mind-bending and awe-evoking series. For those who hope to have a VFX career, it is something else. The American sci-fi series is based on a fictional theme park that uses extremely advanced technology. Think robots that are almost 99% human.

VFX plays a gigantic role in taking the quality of the story and content up a notch. Not only do the visual effects leave a lasting impression, but they also look incredibly pretty.

When we think of VFX in web series or movies, we imagine a ghost story or action or fantasy. The Marvellous Mrs Maisel proves us wrong. Visual effects are not just the domain of science fiction. They can be used anywhere, even comedy.

This series portrays the struggle of a woman trying to make a career as a comedian. Since the comedy show is set in the late 1950s, it utilised plenty of visual effects to recreate that era.

Instead of physically building sets and props that depict the 50s, the web series used VFX. Go watch it on Amazon Prime Video. We bet you will not be able to pinpoint even one of the effects. Even though they are literally present in every scene. But that just tells us that the VFX team deserve all the awards possible.

Like Game of Thrones, Stranger Things does an incredible job of using visual effects to bring the story to life. The horror web series is available on Netflix and uses a combination of CG shots, VFX and 3D to show ‘the other side’ of life.

From eerie, otherworldly landscapes to the terrifying Demogorgon, the web series relies on a lot of superb visual effects. Without them, the show would not have been half as popular.

So, please go watch it, not just for the effects, but for the storyline and the acting of Millie Bobby Brown, Finn Wolfhard, Noah Schnapp and Gaten Matarazzo.

5.     The Falcon and The Winter Soldier

Marvel Universe fans would have already seen The Falcon and The Winter Soldier. If you also hope to have an amazing VFX career, then go see the MCU series. The show makes impressive use of visual effects right from the very first scene of the very first episode.

For those who have seen it: did Madripoor look familiar? That’s because it was based on Hong Kong with CG effects. The makers used a blend of VFX and on-set effects to create the slums and the massive sky risers.

Also, that fight scene on the trucks? Did you know the trucks were not moving at all when it was shot? They moved the road using computer-generated effects at 120 km/hr. No wonder, the show was nominated for Outstanding Special Visual Effects at the Emmys.

So, which VFX course should you take to create something like these web series?

Animation and VFX is one course you can choose. Another course that will help you land a career in VFX is VFX Prime. You could also opt for VFX compositing and editing if that’s where your interest lies.

Pick any of these certifications in visual effects, and they’ll help you develop a VFX career. What is more important is to choose the right animation institute to teach you and, of course, your passion for the field.