we respect your privacy!
Home Arena Animation Godzilla Vs Kong: A Must Watch Just For The VFX 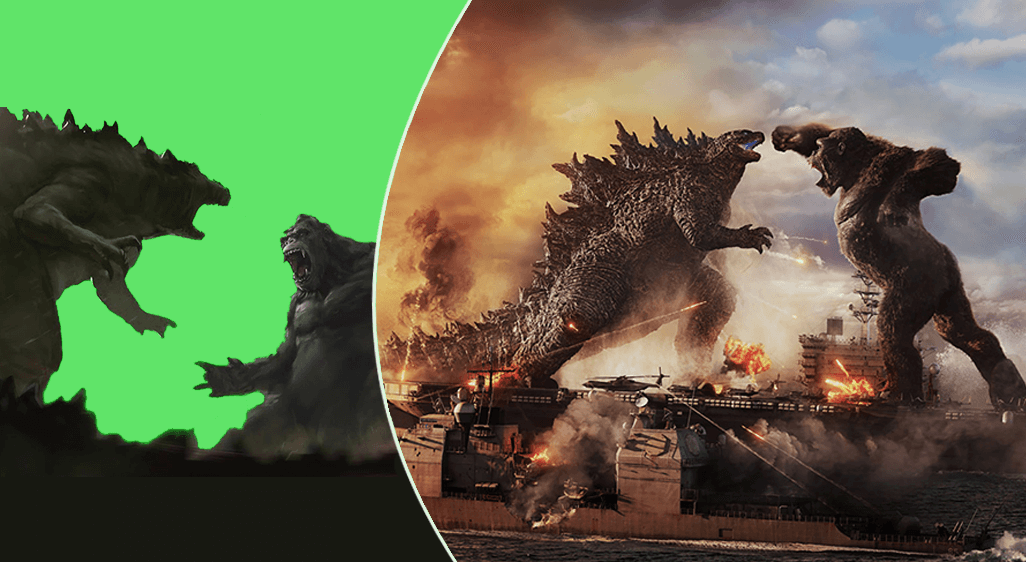 When we heard the news that Godzilla vs Kong had begun shooting in Australia in January 2019, we waited with bated breath for its release. The fourth instalment in the MonsterVerse by Legendary Entertainment, the movie promised to be a VFX dream.

It was planned to be released in 2020, but then the pandemic hit, and the world of cinema went topsy-turvy. The sequel to Godzilla: King of Monsters was finally released on 26th March this year. And on the opening day alone, it cashed in INR 6.4 Crores.

That’s what it made just in India. And keep in mind that there were nil promotions before the release and cinema halls are running at less than usual capacity because covid cases are rising.

What’s the reason for Godzilla Vs Kong’s solid opening?

The obvious reason the movie made such a massive splash is the mashup of two worlds. When you bring together two well-known and well-loved franchises – Godzilla and King Kong – people are obviously interested.

Isn’t it why Alien vs Predator and  Batman v Superman were such huge hits? 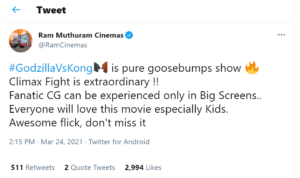 Godzilla vs Kong’s visual effects are amazing because you cannot expect anything less from Zack Fox. Adam Wingard, the director of the movie, hired Zack as the senior visual effects coordinator. Zack is the genius behind movies like Zack Snyder’s Justice League, Christopher Robin and the 5th instalment of Pirates of the Caribbean.

But Zack Fox is just one man. There is a whole team of people who worked on the VFX, animation and effects of Godzilla vs Kong and each one should get a pat on their back. Without a doubt, it is the visuals of the movie that have won the audience.

Did you notice this VFX glitch in Godzilla vs Kong?

After viewing the movie, some fans noticed that a few VFX shots and live-action scenes that used blue saturated highlights were filled with dark artifacting.

While we didn’t notice any such thing, a few US-based fans who saw the movie on HBO Max did. If you’ve seen the movie, did you catch sight of this colour management issue?

If yes, then there is a simple explanation for it. The weird artifacting is a common issue with ACES. While ACES has gone a long way in toppling key problems VFX professionals have faced, it is not full proof.

But even with weird blue flashes, Godzilla vs Kong is an epic visual spectacle. So, go watch it. Trust us; you’ll enjoy it more than you think just because of the effects!