we respect your privacy!
Home Arena Animation The Long, Eventful Journey Of VFX In India 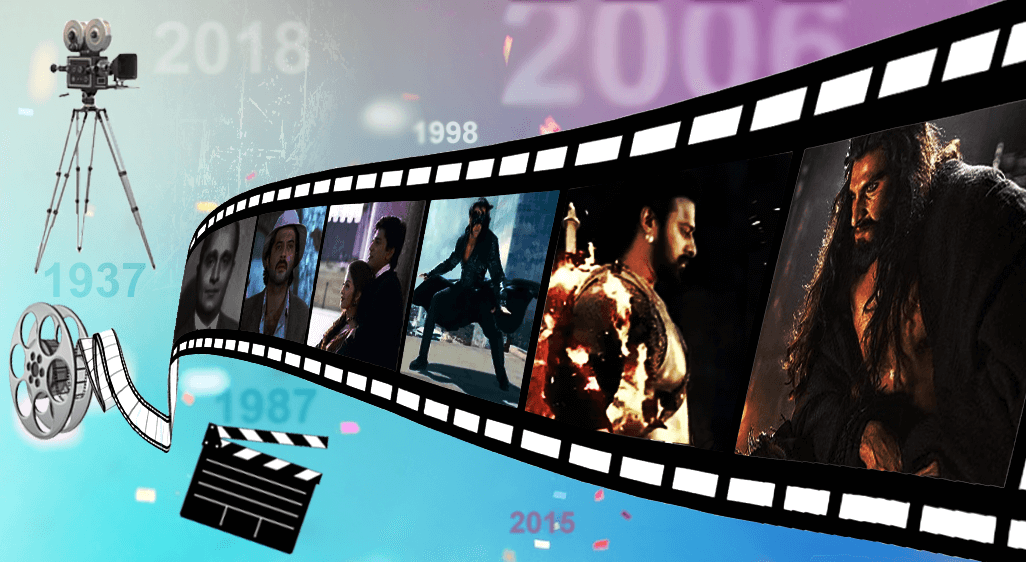 VFX in India has come a long way. It began in the 1930s with Babubhai Mistry using dim lights, black curtains and a thread to give the illusion of movement in Khwab Ki Duniya.

Today, the Indian animation and visual effects sector hold 10% of the global market. And in the next four years, we’ll capture 25% of it with 120,000 jobs created.

So, how did we reach this point? That’s what we discover here – the long journey of VFX in India.

It was in the ’50s that India saw the actual use of animation. The first few 2D productions were short movies made for public awareness programs and education.

By the time the 1980s came around, India had its very first graphic facility. Prasad Studios founded the Prasad EFX, which invented and used the first film scanners and recorders.

Mr India from the 1980s is a classic example of VFX filmmaking to depict invisibility.

During the 90s, VFX in India really grew. We saw more films like Jeans relying on visual effects. It was predominantly Tamil and Telugu movies that branched into it.

By this time, we were already the outsourcing hub for 2D animation. But as we neared the end of the 90s and started working on international shows, animation studios in the country had to adopt CG.

So, we saw another shift in this era – 2D to 3D. Very few studios had actual 3D artists, so they started training traditional 2D artists in new techniques. This was also the time when VFX and animation software began to seep into India.

As the millennium turned and we entered the 21st century, India had a number of outsourcing and post-production service companies. But we were becoming more skilled with 3D animation.

Some of the films that used VFX in the first decade of 2000 were:

Chennai Express, Cocktail, and Kick are some more films that have VFX in some scene or the other. As a result, the true CG ecosystem came into being in the country. For instance, the Bangalore based animation studio Paprikaas was completely acquired by Technicolor in 2010.

Till now, international projects and the studio would simply outsource their VFX needs to India. But a transformation occurred after the release of Baahubali: The Beginning in 2015.

The movie brought a tsunami in visual effects. Packed with VFX, the cinema was ground-breaking. It was the first Indian film to mostly use Indian VFX companies. Makuta VFX, a Hyderabad-based studio, was responsible for more than 50% of the computer-generated imagery in the film.

That was the moment when animation studios in India began to work on domestic projects also. The use of CG increased by a factor, which is why so many international animation studios began setting up a base in the country.

They either opened a branch here or entered into a joint venture. For example, in 2017, the Los Angeles based Digital Domain expanded to Hyderabad. In 2018, the London based Framestore entered a JV with Anibrain.

The impact was that more money was being poured into VFX and animation in India. Plus, the creative pool expanded, and the technical side got an upgrade. Hence, viewers got to enjoy more believable and creative VFX in movies like:

The present face of VFX in India

The rise of streaming sites like Netflix, Amazon Prime Video, Hotstar and more once again revolutionized VFX compositing. The demand for CGI content leapfrogged because more movies and series were produced using it.

The Indian market benefited a ton from this, and it is apparent from the awards we’ve won:

What does the journey of VFX in India teach you?

Animation and visual effects have had a long, eventful journey in India. We moved from only 2D techniques to 3D so students trained mainly in Autodesk Maya.

But if the journey teaches us one thing, then it is to expect change. The latest one is quality live-action and CGI. So, if you’re interested in a career in VFX, then look for an animation institute that also helps you learn other tools like Maya & ZBrush as well.

These specialized tools are essential for modelling, simulation and texturing. Plus, they are in great demand in the gaming sector, which is booming in India.

Why Motion Graphics Are An Integral Part Of Graphic...

How to find a Graphic Design Job

Why Motion Graphics Are An Integral Part Of Graphic Designing?

How to find a Graphic Design Job