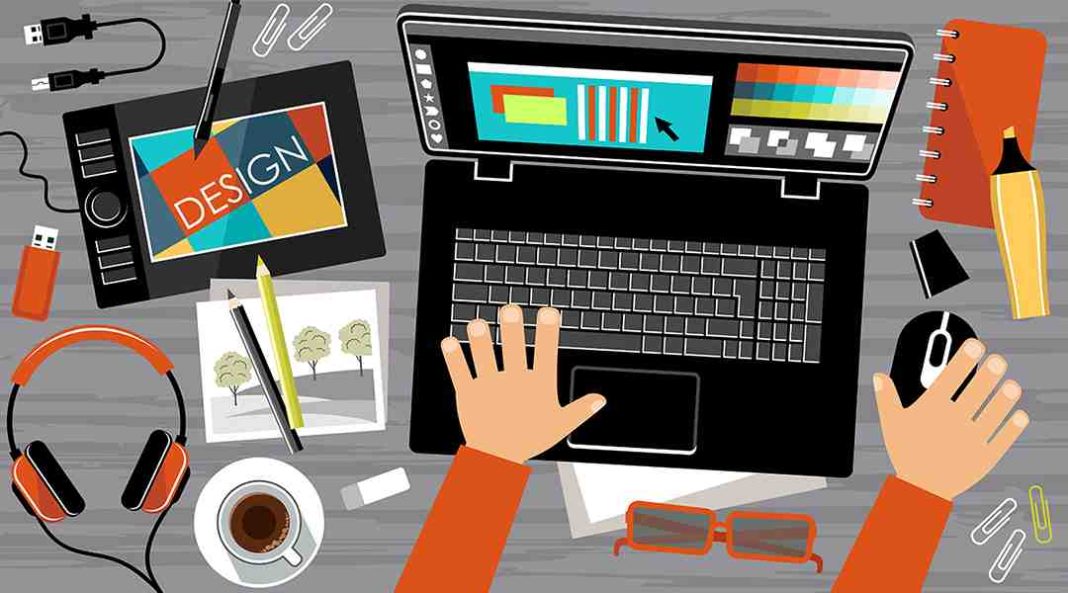 The world of graphic designing is ever-evolving, which makes it one of the most dynamic career choices for today’s youth. Each year, thousands of people from across the globe begin the start of their career in the graphic designing arena from a varied level of expertise. The revolutionary changes that are seen in this field every year keep the interest of young and budding creative enthusiasts in it.

2021 is no different. Despite the global pandemic, the creativity of individuals couldn’t be contained. People worked from their homes and set trends that were path-breaking and innovative, to say the least. So, let us take a look at 10 of the most iconic graphic design trends that surfaced this year.

Evolution is key, and this is even truer in a creative field like graphic designing. If one doesn’t evolve, they would have to lag behind. Whether you are an individual or an industry as a whole, the constant evolution is what keeps you going. Trends are a reflection of not only growth but also evolution. Every year, every season, new trends are emerging that keeps the industry prosperous and brings in millions of dollars on a worldwide market.

Please remember that this is not a ranking of the trends since how can you rank creativity. So, the trends have been listed in no particular order. Follow through and immerse in the land of graphic designing. 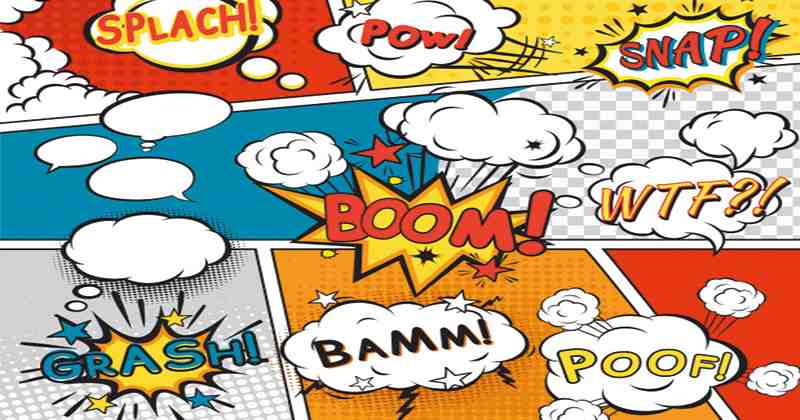 Pop culture has always have had an influence on how we celebrate media and its impact was seen more than ever in graphic designing this year. In other words, designs of the past came back to rekindle their magic.

Whether it is the heavy inking or the grainy colours or even the action lines of vintage comic books, graphic designers brought back elements of pop art in more ways than one. This primitive printing technology is bringing a whole new dynamic to the minimalistic trends of modern times. A new sense of motion and trend is being created through skewed shapes and slanting panels and we love every bit of it.

Although graphic designers in the past have experimented with blur and grain in their designs, this year, it was taken to a whole different level with more blended and blurry backgrounds. By adding a touch of a grain filter to it, they made the designs stand between real-to-the-touch and transitory.

A striking element about this trend is that it allows foreground elements such as evocative imagery and bold typography pop against an indiscernible background. It can even breathe a new life to a gloomy context.

Nothing exudes the essence of luxury more than the usage of golden colour or motif. In 2021, it is being said that metallic effects in the form of gold designs will make a comeback in a way that is set to make it uber-trendy all throughout the year.

Whether it is a campaign for a smartphone or a piece of jewellery, a hotel chain or a cosmetic facial brand, gold represents power in a way that is unmatched by any. The richness that is generated by gold grabs the attention quickly. So, from a marketing standpoint, designers and entrepreneurs collaborate to include it in their campaign since they know that this is a clear money-maker for them. What is even more amazing about the usage of golden patterns and colours in graphic designing is that they never get old.

They showcase that minimalistic embellishment can bring about a whole lot of changes with gold. In addition, they offer a wide range for you to choose from. You can go for the classic metallic design or take a different route with shiny,  matt, emboss, scratched, reflective light effect, cut out, or etched out motifs. Whatever works for your brand, you can incorporate golden motifs to suit your criteria. 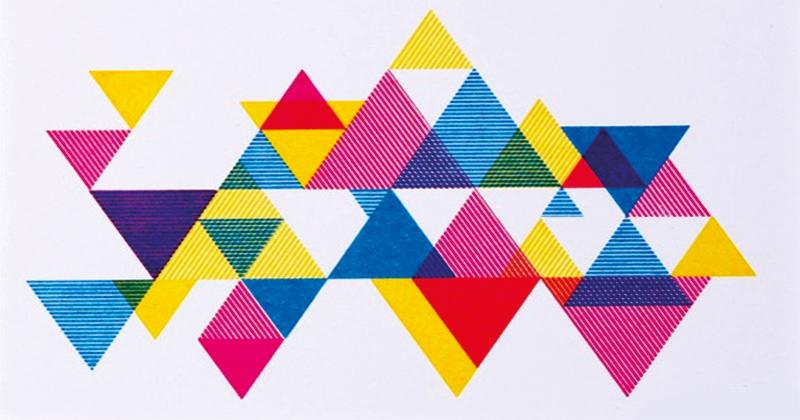 You know what they say about simplicity, right? Simplicity is the best style, and nothing proves it more than using geometric patterns in an ad campaign. Probably one of the most conventional designing patterns, this has lasted long and will keep on lasting because of how effective it is, and in 2021, it is only going to get bigger than ever before.

In here, simple individual shapes are used to create larger-than-life complex ideas that are super interesting to watch, to say the least. When you mix large and small blocks with strong and bright colours, it can give rise to highly imaginative combos. The main idea here is to take a leap from reality and using simple blocks to give shape to more grounded recognizable ideas. These work brilliantly with infographics as well.

Needless to mention, the component of 3D makes geometric pattern even more dynamic and brings about the huge potential that is still out there to get explored. So, we are certain that graphic designers are going to evidently use it in their design in 2021 and we will see some great work.

Surrealism has been seen as an influential paradigm in the art for several decades and in 2021, it will make its impact in graphic designing as well. With the global pandemic taking over the world, artists around the world expressed their anxiety, pain and stress through various surrealist collages. These collages were made with images that may seem normal when viewed individually but strange when combined together.  On top of that, the illusions that were seen in the collages were seamless, which made it tough for viewers to separate one image from another. This created a nonchalant vibe to the art. Album arts, film poster, and book covers, among others, heavily relied on this graphic design trend this year.

In lieu of the previous points, we all can agree that 2021 will bring to us various challenges. Apart from the pandemic, we also saw police brutality associated with black lives matter. Of course, it made its impact in the mind of the artists and we saw many graphic designers showing their support in the media through socially conscious designs.

Silent creative protests through dynamic graphic art forms mad their presence be felt online and it emerged as a global trend. In essence, people used their talent for the betterment of the community. 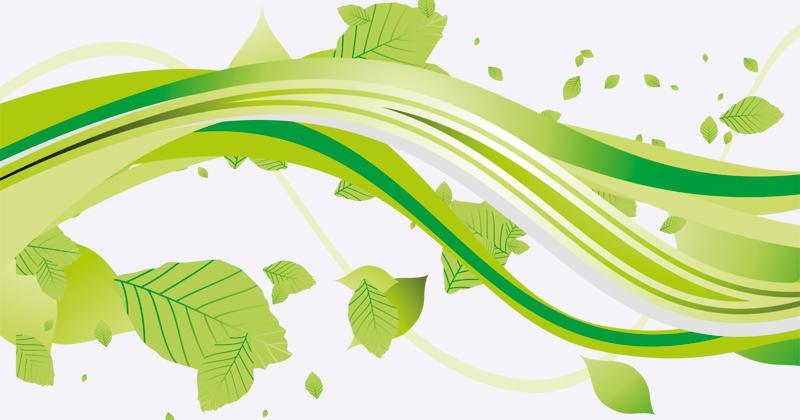 Since most designers spend time being cooped up in a cubicle of their office space or in the comfort of their home. This year, since so many people spent their time while working from home, we saw the emergence of people’s interpretation of nature in their art. Since they were so detached from it, they started showing it in their graphic designs.

As such, earthy tones and leafy patterns dominated many designs and people started having a whole new level of appreciation for both of them. People rolled into animation institutes to learn this new trend.

Since the 1960s, psychedelia had shown its impact in art forms. With a backdrop of social upheaval, psychedelia is associated with creative experimentations and hallucinogens.  The chaotic imagery of this field allowed graphic designers to free themselves from the shackles of traditional constraints.

The randomization of this trend clubbed with the intricate abstraction and eccentric colour made it stand out in a way that was never seen before. These designs take a life of their own. Neon lights and distorted shapes brought with themselves a whole new identity. 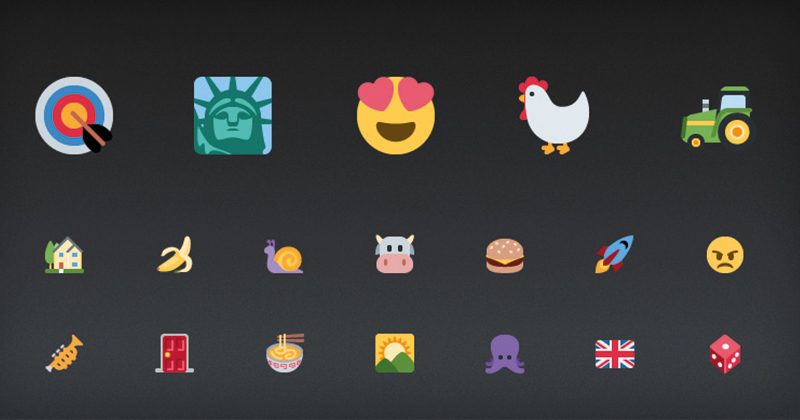 Millennials and gen-z are obsessed with emojis. So, it is no surprise that they have had a huge influence on making their marks be felt in the graphic designing industry.

Emojis have essentially been described as the contemporary form of pictograms that helps graphic designers imbibe emotions to printed media. A simple angry face or a winking eye at the end of a statement can not only make it more visually appealing but also adds a dynamic dimension to the whole campaign. This is why social media platforms such as Instagram and Snapchat are so heavily reliant on emojis. To put it simply, emojis help in encouraging interaction. When used in a design, they establish response and reaction from the audience while also lightening the mood and helping in communicating our varied underlying feelings.

Optical illusion has enchanted us for decades now and somehow it never ceases to have a lasting impact. Optical illusion refers to those images that your brain registers in a completely different way. To put it simply, in these cases, your brain doesn’t necessarily work after receiving the images as you perceive it should. They are more regarded as a trick of the eye.

The biggest advantage of having optical illusions feature in your design is that even if the public doesn’t quite understand it at first go, it sparks a sense of intrigue in them. They can’t immediately turn away. In fact, they spend a considerable amount of time staring at the design trying to figure out what is going on with it. As such, it commands attention, which is an extremely important commodity in the marketing and promotional campaign for products or services.

Entrepreneurs need the attention of the audience and optical illusion brings just that. So, industry experts are predicting that optical illusions will make a huge comeback in the graphic designing spectrum and will make its presence be felt loudly and vehemently.

The infusion of fine art into the design of abstract expressionism made its way onto the screen and media. We saw the blending of depth and surface variation make the images look real enough to touch. As such, infusion would work great and will establish itself as one of the iconic graphic design trends of 2021.

Fine art is often associated with class and culture and it helps in conveying old-world elegance such as packaging and labelling. This gave an element of sublime yet cheerfulness in a wholesomeness level.

When a story is told through a good design, there is nothing like it and we saw just that this year. The graphics seemed more lively and real than we have experienced earlier. The hand-drawn approach that artists incorporated ensured viewers that this trend was here to stay.

Many graphic designers are predicted to rely on quirky characters instead of plain old visuals in 2021. This added a lot of personality to their design, thereby making them more memorable. Concept illustration found its way into the work of various graphic designer and we celebrated these characters like never before.

We are starting a whole new decade with 2021 and it is time for us to celebrate new graphic design trends because, at the end of the day, diversity and adaptability keep art forms fluid and the same is true for graphic designing. So, come let us celebrate these amazing new trends and be ready for them to make their way into the new media in an abundant way.