we respect your privacy!
Home Arena Animation How to Start a Career in Game Development – A Beginner’s Guide 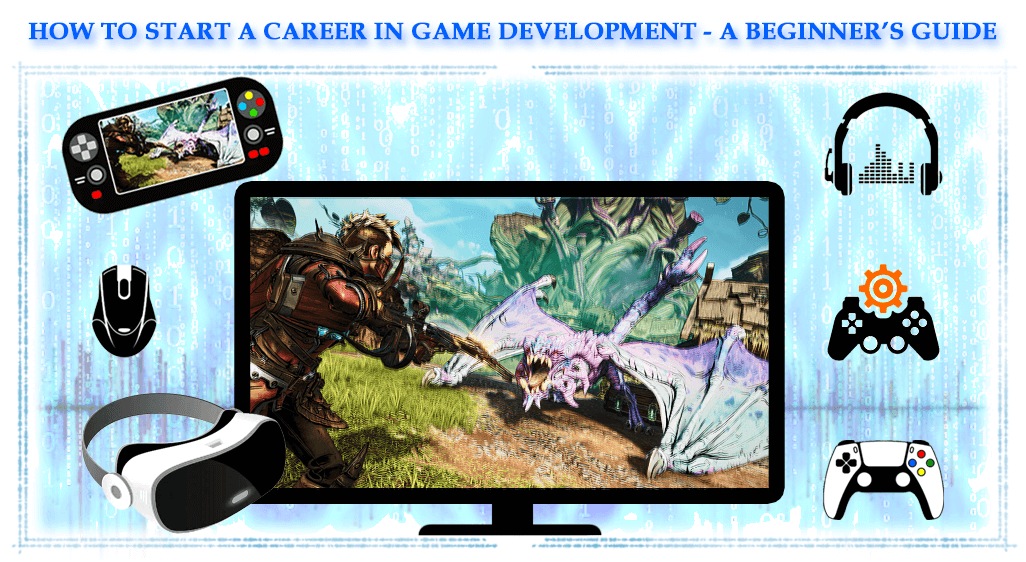 Many of us like spending hours on our cellphones, consoles, and computers playing games. So, if you’re one of those gamers who can’t stop playing and wants to learn how to make games, this article is for you. Both technical and creative people are involved in game design.

Gaming generates a multi-billion-dollar figure across the world while being a small part of the entertainment business. As a result, it has become one of the most sought-after employment options in today’s world. Furthermore, the widespread availability of the Internet has raised the need for game development among job seekers.

Gaming started with 2D design and by early 2000, 3D platforms came into use for game development. Presently, a career in gaming is exciting but holds a lot of competition due to the use of new technologies for those who love to create and improve games.

What is Game Development?

The process of designing commercial games involves a company or an individual who can sponsor them. Next to it, game development involves a few components like stories, audio, characters, art, lighting, etc., and merging them to create a whole new engaging experience.

Is It Necessary to Be an Avid Game Player to Develop Games?

Many individuals believe that if they are competent at playing video games, they would be good game developers. If you believe this, you are profoundly misinformed. Although an experienced gamer may have ideas for themes, levels, and player distribution, learning game development entails much more. To discover passion and joy in game creation, the developer must be adept in programming and logical reasoning.

What are Different Components of Game Development?

Game development involves different components that can be handled either by an individual or by a team of skilled people. So, before you start, you must know about the components in detail-

How to Start Learning Game Development?

After understanding the game components, beginners must know the basics of game development. It will help them to create simple as well as complex games over time. Here are a few things you can do as you upgrade-

When developing a game, the ultimate consideration should be the players’ experience from beginning to end. It also impacts how a game’s core mechanics and overall plot interest gamers. As a result, ensure that your game has compelling mechanisms, balanced gameplay options, consistent feedback, and incentives for players, whilst being simple to learn.

With the rapid changes and inventions in the game industry, a lot of job profiles are being introduced with lucrative and happening careers for youngsters. The important job profiles now in the game industry are animator, audio engineer, game designer, creative director, game programmer, level director, and game artist. So, if you are interested to build a career in the gaming industry, start by enrolling yourself in a game development program at a reputable institution like Arena Animation. It offers a one-stop solution for creative aspirants like you who want to choose gaming as a career option.