we respect your privacy!
Home Arena Animation A Brief Discourse on Present & Future of Animation 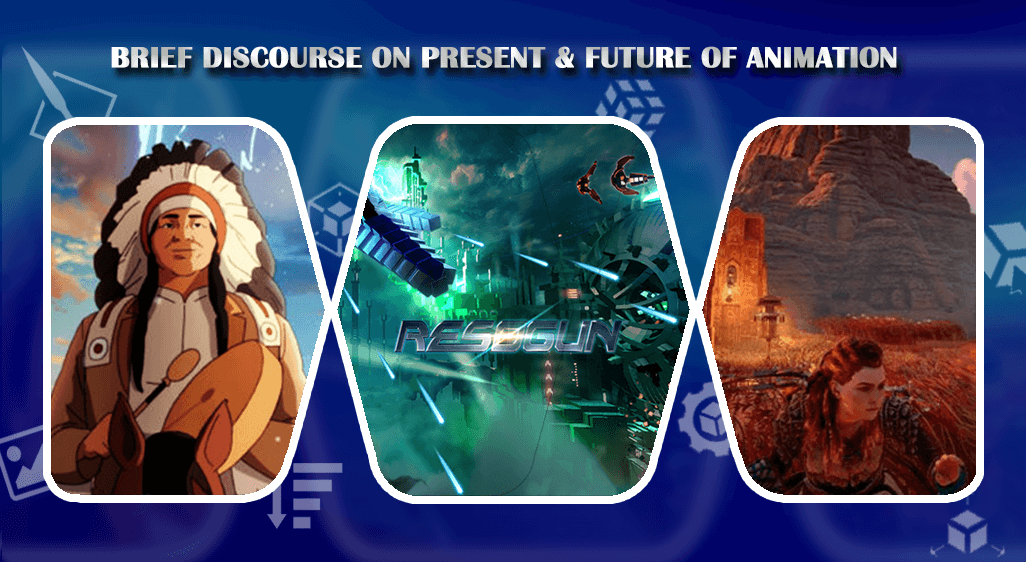 In the form of art and application in the industry, animation has come a long way. The market size of animation is expected to reach $404.83 billion by the year 2023. Some better practices and the use of advanced technologies have allowed designers to work with different types of animation styles. So, the future of animation looks absolutely incredible.

The biggest brands around the globe have started investing in the current trends of animated video making. In this recent pandemic even, you might have seen how smartly government bodies have used animation to convey their messages. So, good animation work offers a countless number of scopes to reach audience and drive conversation effectively.

Emerging Trends in Animation: Animation uses an optical illusion, where a sequence of still images is presented in quick succession. To the viewers, it turns out to be a continuous moving image. In live-action film making the same principle is used. The continuity of images creates a persistent vision, without allowing the eyes to notice any gap.

Whether you know it or not, an image stays on the retina for about 1/16 for a second, which is called persistence vision. In this period of time, a subsequent image replaces itself to create an illusion of continuity.

Right from drawing the frame on a single sheet of paper to overlapping actions, the use of pose to pose frames, squash techniques, etc. have evolved the animation work in a great way. Here are some current animation trends that might get your attention.

Areas Where the Animation is Used Today:

Since animation is a versatile medium, it is widely used in different aspects. Disney is one of the big names that have been successfully producing animated movies for a long time. Animated characters like Flintstones and Simpsons are some familiar characters we loved watching on our TV screen. Apart from that, animation has turned out to be a highly effective tool in education and advertising as well. Here are the areas where animation has got a lot of hype –

Want a Career in Animation? Know the Scopes it Holds for the Future:

Animation is one of the sought-after options to choose as your career. And why not? Right from pursuing a carrier to showcasing creativity to getting a high salary – there is everything that today’s youth want.

Movies like Kung Fu Panda, Baahubali and Ice Age are examples that are loved most among adults and children as well. The technology and entertainment industry came on the same page, with the use of layout, design and drawing of rich multimedia clips. Job roles like Image editor, character animator, 2D animator, 3D animator, layout artist, modeller, keyframe animator, lighting artist, clean up artist, rigging artist, background artist, rendering artist, storyboard artist etc. are on demand.

Did you know a typical animation movie requires a minimum of 500 animators to carry out the final result? Giant labour goes behind to carry out incredible work. Initially, animation was targeted to entertain children, but today adults are finding the animated content refreshing as well as innovative ones.

The major segments on which the success of the animation relies are 2D, 3D gaming, VFX, web designing and multimedia. Depending on the creative skills, expertise and experience, the animation industry offers a high-paying career today.

So, if you are seeing yourself building a carrier in the animation industry, then you are expected to know the fundamentals as well as new trends in animation. Why not join ARENA ANIMATION – PARK STREET to learn cutting-edge technologies from experts in the industry? With Media and Entertainment Skills Council (MESC) certification, Arena is leading the Gaming, VFX, animation, web and graphics design training gracefully.