we respect your privacy!
Home Arena Animation Why Does Video Game Animation Feel So Much More Authentic Than Film... 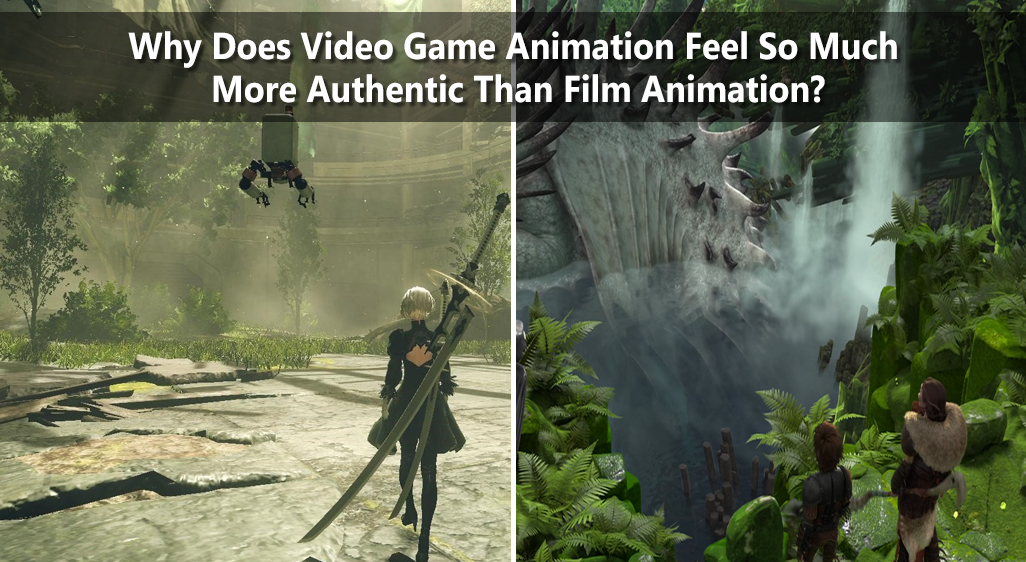 If you’ve lately watched a movie or played XBOX, you’ve probably noticed that animation in games and movies is expanding quicker than ever before. The quantity and quality of video games and animated movies created both increases every ten years, as does the enjoyment of watching them. Understanding the business in which they will be working, whether it be in games, film animations, or other types of animation, is crucial for animators, especially those who are just starting their careers in animation.

Depending on the character’s controls and whether the game is shot in the first, second, or third person, a variety of shooting viewpoints will be accessible. The player has complete control over how people interact with one another and with objects in the environment, even though most games have a general plot. In essence, the animation can change depending on how the player or AI controls the camera angle and how the character moves. However, the cinematic animations convey to the audience a series of situations that the animators have chosen. Although many perspectives are displayed, the movie animators have total control over the movements and angles.

There are numerous scenarios because gaming characters are so dependent on the player. Every conceivable action needs an accompanying animation, such as when a character sprints before returning to an idle mode or draws and reholsters a weapon. Animation movies are sequential, thus no cycles can arise because different conditions aren’t allowed to happen outside of the specially built animation frames. Even if they are approached in the creative process in various ways, cycles and sequences are essential to an animator’s work.

3. Film Animation Controls What The Audience Sees, Whereas Game Animation Depends On Ai Scripts And Users

The environment’s items in video games are designed to respond to player movements. Even though a game may include predetermined sequences, they won’t start until the character enters the stage. You may see it in action by designing an enemy to pursue you as soon as your character comes into view. According to the player’s series of choices, the plot of some episodic adventure interactive games (like Telltale Games’ Walking Dead) can change thanks to AI scripts and programming.

4. The Polygon Budget Capacity Of Animated Films Is Typically Greater Than That Of Animated Video Games

A “Polygon Budget” is the sum of money used to represent the geometrical characteristics of an animated character. Animation is more defined the more expensive it is. However, since video animators can edit and render animation as requested, the potential for animation quality improvement in movies is almost endless.

5. While Movie Animation Has Minimal Technical Restrictions, Game Animation Is Limited By The Technological Capabilities Of Gaming Consoles

Since real-time rendering is the mainstay of game animation, the quality of animated characters is constrained by the console’s hardware, such as its built-in video cards and chips. It suggests that programmers, animators, and game developers rely largely on console development. The good news is that they are making rapid improvements.

6. Game Animation Requires Programming Skills, But Movie Animation Does Not

The majority of the software used to generate animated films is made to produce outcomes that the viewer can see because animated films are meant to be viewed rather than interacted with. In video games where the player controls each action, pressing a button serves as the stimulus for animated action. Additionally, having a basic understanding of programming will enable the animator to create an appropriate animated motion using motion capture technology based on the character designs and logical flow of the game.

7. Detecting Animation Flaws In Video Games Is More Challenging Than Spotting Them In Movies

A cinema animation contains a single sequence of events, so quality auditors and creative directors can watch it in a variety of ways. A 90-minute animated film can take anywhere between 200 and 600 people three to four years to finish due to the excellent quality of today’s animated films. Due to the multiple phases in a game, it is impractical to invest thus much time and money. When the player is observing or interacting with the world, glitches, trivial mistakes, and lapses are far more likely to be obvious.

8. While Movie Animation Does Not Contain Animated Scenes And Segments, Modern Game Animation Can

Story-driven games like The Last of Us, Uncharted, and many more feature animated sceneries and interactive animations. Naturally, they are AI-driven, but they are animated clips that give the game the impression of being played while watching an animated movie. It illustrates the continued development of the video game animation market as well as the fusion of movie and video game animation. An interactive live-action episode of Black Mirror’s Bandersnatch was produced by Netflix.

Rendering, also known as the process of getting the final organized animation scenes in the form of a sequence of discrete frames, takes place in a variety of ways for video game and movie animation. Before a movie animation can be released, rendering must be completed, which typically takes a long time. While this is happening, game animation renders frames in real time because the user affects what is displayed. Since they control how many images a video card can output in a second, video cards are crucial in the gaming industry (frame rate). To render the frames in real-time while adhering to the game’s graphic style, the video card’s quality must be higher than the graphics quality.

Movies and video games are two entirely separate types of media. This should be clear to you now that you are aware of the nine key distinctions between game animation and movie animation. While there are variances, this does not mean that one is harder or easier than the other. There are numerous different people, programmers, and animators present in both areas. It doesn’t matter if you like the animation for video games or films; what matters is that you love what you’re doing and are dedicated to getting better. On the other hand, being aware of the distinctions can enable you to better understand the scope and direction of your animation career. We at Arena Animation Park Street assist students in becoming skilled animators for video games and motion pictures. There will be a suitable course schedule and professionals to assist you with whatever you study. To request a syllabus and cost for an animation course, contact us right away.