we respect your privacy!
Home Arena Animation What Skills Do You Need To Be A Successful 3D Animator? 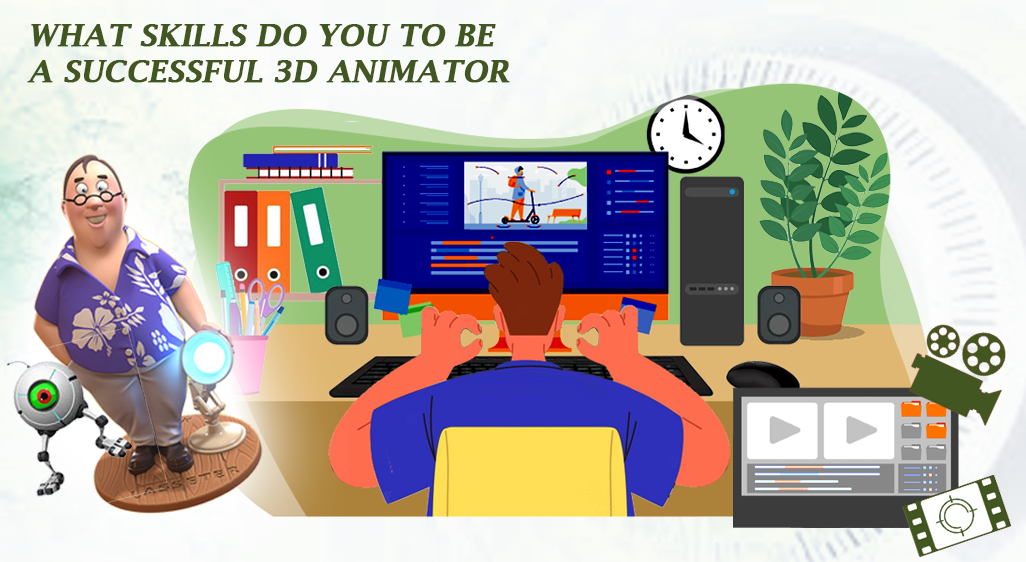 3D animation has completely revolutionized the entertainment industry in recent years. The growing need for 3D animators of various skill levels is due to the popularity of animated entertainment shows, video games, and feature-length films. The popularity of these media, however, also attracts a lot of eager job seekers trying to get their ideal position. Before a 3D animator can become an expert in their field, they must develop some unique skills. Fortunately, the majority of these skills may be learned to prepare for a prosperous career in the sector.

The Process of Making 3D Animation

It is crucial to first familiarise yourself with a 3D animator’s everyday routine. The majority of the time, massive teams of artists and industry experts collaborate on 3D animation projects. These tasks might take years to complete and demand a great deal of commitment. Each frame of a 3D animation needs to be painstakingly created and polished to a high shine, which takes a lot of work. To make the animation fluid and interesting to watch, each frame must have flawless detail. A 3D animator uses both conventional animation methods and potent software to render each frame they produce.

Types of Software Used By a 3D Animator

Several software programmes have emerged as favourites among experts in the field of 3D animation. Autodesk Maya is the most renowned of them all. Since the early 2000s, hundreds of games and animated films have been produced using this sophisticated software.

Anyone can translate their concepts and abilities into a 3D environment with Maya. It may be used to build models and sceneries as well as seamlessly animate them. An Autodesk project may be readily loaded into either a gaming engine or a video editing programme after it is completed.

Following Autodesk’s initial success, a large number of rival software providers started to market their products. In recent years, programmes like Houdini, Maxon, and Keyshot have grown in prominence. Although each software is fundamentally the same, each has a few special advantages that make it perfect for particular applications. Large teams with substantial financial support are the primary users of these tools. The finest software to use for 3D animators who are just starting as amateurs is known as Blender. Anyone may practise 3D animation at home with the free application Blender. Considering the price of admission, the tool has a surprisingly large amount of functions.

For a 3D animator to succeed in the profession, they will need to develop certain expertise. Consider developing these skills if working as a 3D animator seems like your ideal career. Creativity, collaboration, attention to detail, rapid learning, a strong memory, organizational abilities, and a passion for 3D animation are among the necessary aptitudes.

Any artist has to be filled from the inside out with creativity. Animation is surreal, thus artists that work in this medium need to have a rich source of inspiration and ideas. A 3D animator has to have the ability to incorporate elements of reality into fantastical settings naturally. But just having lifelike animation isn’t enough. When viewers want to see something they’ve never seen before, they typically turn to animation. The 3D animator must make each motion distinctive to accomplish this. Any animation that doesn’t stand out will be swiftly forgotten.

As was already noted, most animation companies employ sizable teams to work on a single project. The capacity to collaborate with others is a key competency for every 3D animator. There will undoubtedly be arguments over the direction a project should go when there are so many creative people working in the same workplace. The secret to success is being composed and making compromises with other players. It is crucial to pick your battles carefully and maintain excellent relations with everyone in the studio because each project might endure for several years. Additionally, it is frequent to cross paths with former coworkers years later. For the length and quality of the new task, it might be quite tough if a bridge was destroyed earlier.

The amount of detail the audience demands rises along with the graphical fidelity of entertainment. 4K resolution is used to generate a lot of video games and films. There are exponentially more details to get right when there are this many pixels on the screen at once. The capacity to master every last detail is one of the abilities that all 3D animators must acquire. It is now possible to carefully animate things like individual hair blades blowing in the breeze. As a result, 3D animators must painstakingly go over each frame and add as many characteristics as they can. The viewer may not be aware of everything, but the subconscious mind does take in every single pixel being shown.

A 3D animator will probably need to learn new programmes because there are so many software packages on the market. This is especially true when starting a new project and transferring studios. Depending on the publisher, each program’s user interface might change greatly. The key to mastering 3D animation is being able to pick up new techniques and layouts quickly. An animator will always have a wide range of job opportunities available to them if they are confident in their ability to quickly grasp new software.

While it is crucial to pick up knowledge rapidly, once it is forgotten, it is worthless. A 3D animator may be required to employ outdated software or method at any time in their career to imitate a certain style. The animator must have the ability to swiftly and accurately recall what has to be done. Being a competent 3D animator requires having a strong memory.

Although it is sometimes disregarded, having a good organisational structure greatly simplifies the day-to-day responsibilities of a 3D animator. The majority of contemporary projects need the production of hundreds or even thousands of smaller individual files. The simplest method to minimise time lost searching for pertinent files is to keep everything sorted into folders. A 3D animator can also compensate for having trouble remembering details by keeping track of and organising design notes. They have a fast reference to get them back up to speed if they need to use older software or review a method.

7. A Determination To Challenge Standards And Overcome Obstacles

Despite how much fun it is to create 3D animations, difficulties will always exist. The best approach to success is to love and appreciate each difficulty as it arises, even though a combination of willpower and perseverance makes conquering each hurdle that much simpler. Each project can take a long time to accomplish, therefore a 3D animator needs to be comfortable with challenges if they want to complete a job without being burned out. But it involves more than just enjoying a good challenge. Animations of any calibre are difficult. A 3D animator must push the envelope if they want to produce something genuinely unique. To create something that resonates with consumers, originality is essential. The introduction of something wholly new is what makes the difference between mediocre entertainment and a prize-winning masterpiece.

A thriving industry, 3D animation still has a lot of room for growth. The time is now more than ever to begin honing your skills. The secret is to never stop studying and honing your 3D animation expertise. You can succeed as a 3D animator if you have the motivation.