we respect your privacy!
Home Arena Animation Top 5 Hollywood Animation Films That Are A Must-Watch There is a reason they call it ‘animation domination.’ The flood of animated movies shows no signs of abating. It began in 1995, when animation moved from paper to digital with the release of Toy Story 1.

Since then, Hollywood has launched film after film that takes us to the deepest ocean (Finding Nemo) and to beyond the clouds (Up). For anyone who even dreams of an animation career, these movies are a true source of inspiration and a great way to start animation training.

The best Hollywood movies to watch to help your animation career

No student, no matter how diligent, can watch every single movie to kickstart their career in animation. So, we did the hard work for you. Here’s a list of Hollywood animation films that you must watch – not just for the animation and graphics, but also for the story.

Rotten Tomatoes says that the best-animated movie of all time is Toy Story 2. Although the first film in the series is not far behind. We say, watch both of them. The computer graphics are striking, and the way the animation artists used it to tell the story is out of this world. Given it is the first movie to be completely computer-animated, that’s saying something. It’s why the movies established Pixar as the leading name in animation. 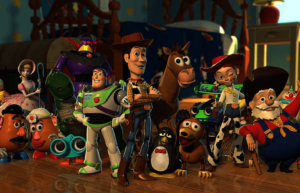 It’s going to be almost 2 decades since Ellen DeGeneres lent her voice to Nemo. Yet, the movie is still lovingly watched across the world. Yes, Finding Nemo is meant for kids, but the animation is meant for artists hoping to help their careers.

We recommend the film because of the way it conquered the vast and complex underwater world. From the plants to the fishes to how the water undulates, the animation almost looks photo-real. It has some of the most stellar work by Pixar.

How To Train Your Dragon

When you compare animated movies produced by DreamWorks Animation (DWA), they are almost always not as good as Pixar. There is one exception – the 2010 released How to Train Your Dragon. Without a doubt, binge the movie or better yet the whole series.

It will take you on a whole other dazzling animation journey, particularly the 3D sequences when the dragon is flying. That’s not to say the visual and environment building was any less stunning. They were. 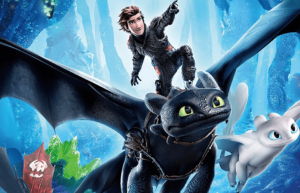 And if you’re up for it, don’t miss the two sequels, they revolutionized animation. DWA used a character animation system (Premo) for the second movie that sped up the animation process considerably and made it feel more like drawing. The third film in the series used MoonRay, a rendering software that copied how light behaves in the real world.

Words fall short when it comes to describing both the animation and the storyline of Inside Out. Both were inventive beyond imagination. After Finding Nemo, this is the film that added another feather to Pixar’s cap. 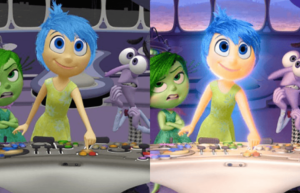 The animation was a technical feat because the artists had to recreate what the inside of the brain looks like and use visuals to make the emotion-based characters believable. For instance, for Joy, they made the skin shed light. For Anger, they made the skin prickle.

Funny, exciting and so heart touching, Up is a movie that has all the feels. But that is not why the movie made this list. The impeccable storyline that packs humor and tears in equal amounts is a treat to watch and a masterpiece in animation.

How do you animate more than 10,000 balloons carrying a home up and away? You can’t use hand animation because the interaction between the balloons is too complex. When one moves, the movement ripples through the balloons surrounding it.

For the same reason, key frame animation doesn’t work. So, Pixar used procedural animation, where a programmed physical simulator, called ODE, used physics to address the problem. It took over a year for Pixar to create those balloons! 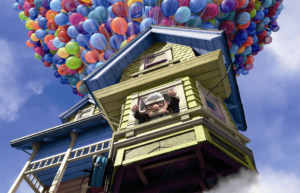 Animation training is the first step towards building an animation career, but it is just one step. A good Arena animation institute may train you in the skills needed to be an animation artist, but you will still need an edge. Why? Because that’s how you catch the eye of the best studios. How do you gain that edge? Through practice and a keen eye. These animated films are an excellent starting point for both.