we respect your privacy!
Home Arena Animation The Role Of Animation In Video Games 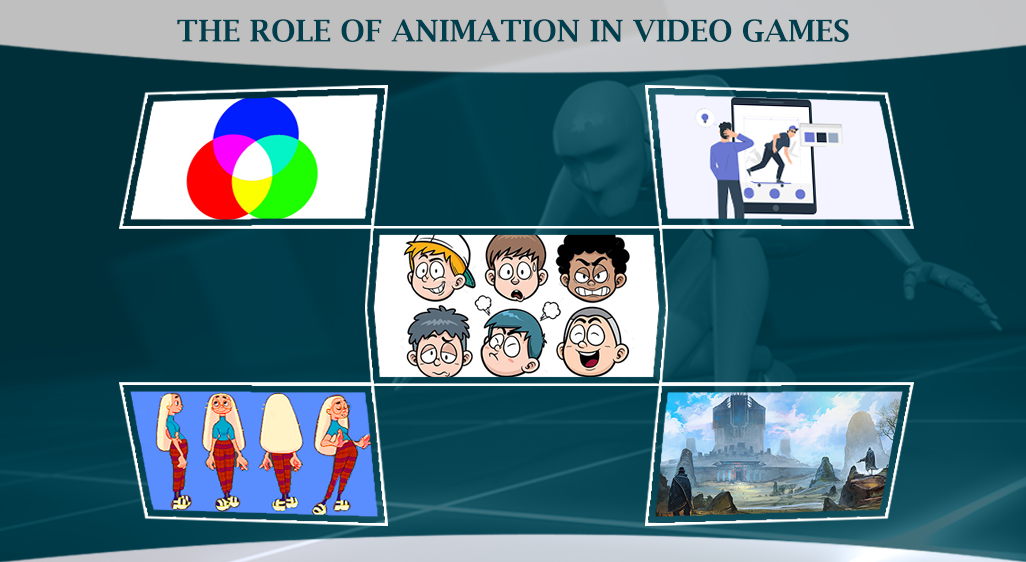 Animation refers to creating movement in a particular 2D or 3D scene. Though it plays a key role in the movie industry, animation in the gaming industry also plays a significant role. You can make a game without the help of animation but you will then only have a limited result.

The importance of animation in video games comes from the fact that it is essential for communication. Apart from control, the gamer requires information to play on. Animation helps in forming interaction and enhancing movement. In this blog, we will discuss how animation plays an important factor in the gaming industry.

How is animation important in video gaming?

Animation in video games enables the animator to create objects and characters in video games. Due to technological advancements, the status of video games is transforming rapidly. That is why the creation of a good animation sequence reflects both the technical knowledge of the creator and also displays their artistic talents.

Animators of video games are equally efficient as these games get created by a large group and a team to fit the actions and characters within a small space. There are some key features of animation in video games that we will be breaking down for you.

Nowadays, animation provides such intricate facial images that you may end up finding it similar to the reactions and expressions of someone responding to the same situation in the real life. This kind of animation calls for high detailing that gives a more engaging and satisfying gaming experience than before. When the players react to events, they can dedicate themselves more completely to the characters on their screen and derive a greater degree of enthusiasm from playing the game.

Video gaming animation is nothing without motion graphics. Some video game animators now make motion graphics that combine sound, pictures, and script with animation to create a more cohesive game. This helps in conveying the story of the game in a more comprehensive way. Without the presence of such mediums, the video game will not be bringing the story effectively to life.

Motion graphics are also important for motion capture. Through this, the animator captures the essence of real-life movement and consecutively translates it to the product of the animation. It thus provides a more convincing and realistic performance by the characters in the video games. Lastly, it will also include complex movements and make the overall game appealing to the player of the game.

In the video gaming industry, animation often tends to experiment with colours. The initial games were only able to display some colours at a particular point in time. However, with the help of new technology, the hardware included in showing video games is now able to display more colours. The advanced technology has recently brought in several new options for the upcoming animators. At present, they can paint the characters and worlds that they create with any possible colour.

All of this help to enhance the possibilities during the character and concept design video game phases of production. It also enables the animation to become increasingly engaging.

The success of an animation depends on the character development that the world of concept design can bring to being. A good character design artist can make characters who have attractive personalities and those who participate in lifelike movements on the screen.

It is how adult characters, and gentle cartoons for entertaining children. There must be personalities and characters that engage the players of video games as they continue interacting within the game.

2D Animation can help in video game development through the assistance of concept design animation. Concept artists make use of certain ideas and form well-developed and sharply defined worlds. The ultimate goal of the work is to bring out these ideas in a visual manner and to bring cohesiveness to the style. Concept design animation enables the creation of the basic foundation. It thus is a representation of the visions, goals, and dreams of the game developer that is the source of entertainment for all players.

The key role of the Video game animator

From what we discussed, we can say that a video game animator gives life to all the game assets that are made in 2D or 3D. They use different kinds of animation software and these animators then add realistic movement, and personality to the games that we love.

The role of animation in gaming is most felt and understood in the video gaming industry. It helps in creating an interactive and engaging space for the players. Moreover, animation makes video game characters seem more lifelike.