we respect your privacy!
Home Arena Animation The Future Of Mobile Games 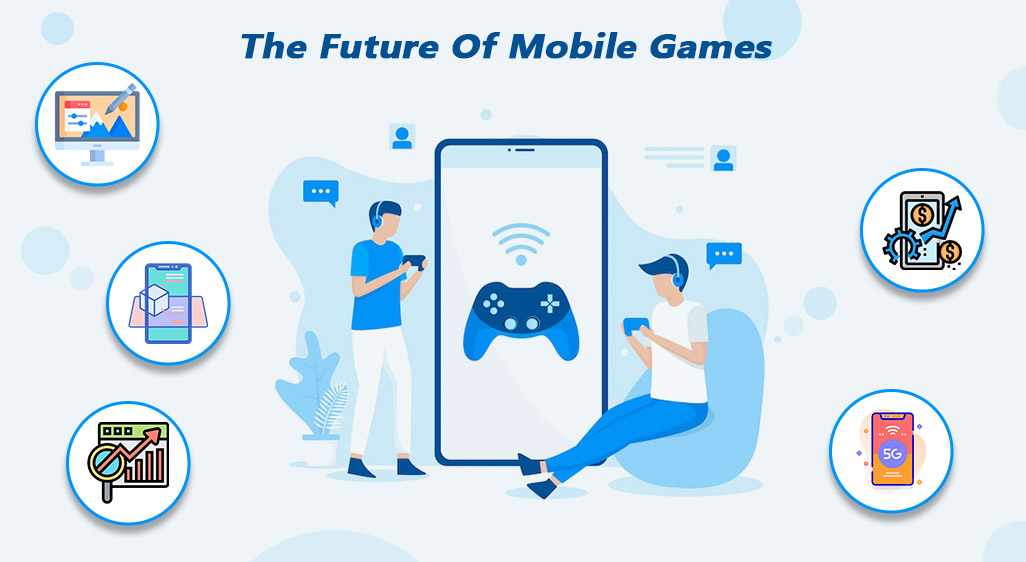 How Will The Mobile Gaming Industry Develop In The Future?

Smartphone graphics are improving with each new generation. They are therefore able to display videos in high definition and the AMOLED technology has enhanced the brightness and the colour clarity. Among the recent trends, manufacturers are increasing the refresh rates of smartphone screens. This provides a fast frame rate and a smoother quality of the picture. Therefore, more improvements will be seen in graphics.

Game developers are now working towards optimizing controls. As a result, it allows everything to fit inside the mobile screen. Certain features in games can get added or eliminated for not to obstruct the view of your game. There is another alternative to sync up different controllers with mobile devices. For this reason, the prioritization of keeping everything on mobile devices is increasing. Besides, developers are making their games better to fight competition.

An app or a game that has high retention means that it will be fun, easy to use, and will rapidly increase the engagement of more players. This result in long-term satisfaction of the users and becomes an integral part of their day-to-day routine. More rewards also drive user engagement.

User research, product management, and analytics help in measuring performance development and creating new features. This multi-disciplinary and data-driven approach helps in providing a premium quality experience to meet the expectations of the users.

Earlier, mobile games solely depended on the monetization of ads as players mostly opted for free games and it was tough to convince them to play paid games. However, in recent times, there are collectables and limited-time events along with virtual goods that are upgradable to increase app retention and engagement. These are the features that replicate similar models to alternative apps and mid-core games. As a result, the users start to have an enriching game experience. Due to this strategy, they are successful in engaging and monetising users by providing them with long-lasting satisfaction.

5. The Shift Of Big Franchises

As per our earlier observation, the future of mobile games entails fast processing power and improved graphics. Therefore, big franchises will be shifting to smaller screens of mobile devices. Games that were earlier available only for gaming consoles or computers will be playable on smartphones. This shift can make the interface look a bit cluttered but game developers are now focusing on making the games similar so that there are no discrepancies in the gameplay between that of the mobile and the desktop which builds the popularity of such mobile games among players.

6. The Rise In The Variety Of Mobile Games

Users will have more variety of mobile games to enjoy soon. This will improve the overall experience of gaming for the users. It has also become very easy to get access to these games. For instance, you can also download the latest gaming apps from mobile stores. This enables you to participate in fun games and directly play from the web browser.

One of the most popular games that players now play is the casino. There are several slots and tables which you can make your choice from. Moreover, there are some trustworthy, independent websites on which users can play these games.

5G connectivity is also taking the future of mobile gaming to another level. 4G speed will be increased ten times by 5G. In addition, mobile games that drain fast batteries also address these problems. Better speed will also make players download the games faster. The loading speed of the games will therefore improve with time.

Among users, cloud gaming is now gaining more and more popularity. This is because, with 5G, gamers can play as long as they have a good internet connection. There is a high demand for more multiplayer games with such increasing speed.

In the future of mobile gaming, game developers can create more engaged players and add more depth to app economies by including more features. For example, battle pass increases the rise in the engagement of the users with the IAP monetization so the users can unlock certain successive reward tiers. Additionally, users can get better rewards to enhance the game interaction of users.

Customization and personalization in mobile games can create more unique experiences. Thus, it can boost the rewards of the users by watching videos. In-app purchases will also enable users to get better rewards.

Engagement of the users will increase with high retention. In addition, the multi-disciplinary and data-driven approach will also develop with time. By driving more engagement of players, monetization in mobile games will rise. Lastly, there will be a shift of bigger franchises to smaller screens, a rapid rise in the types of mobile games, and players will be more inclined towards mobile games with 5G connectivity and provide more depth to app economies.