we respect your privacy!
Home Arena Animation 5G Technology Is A Game Changer For Gaming! 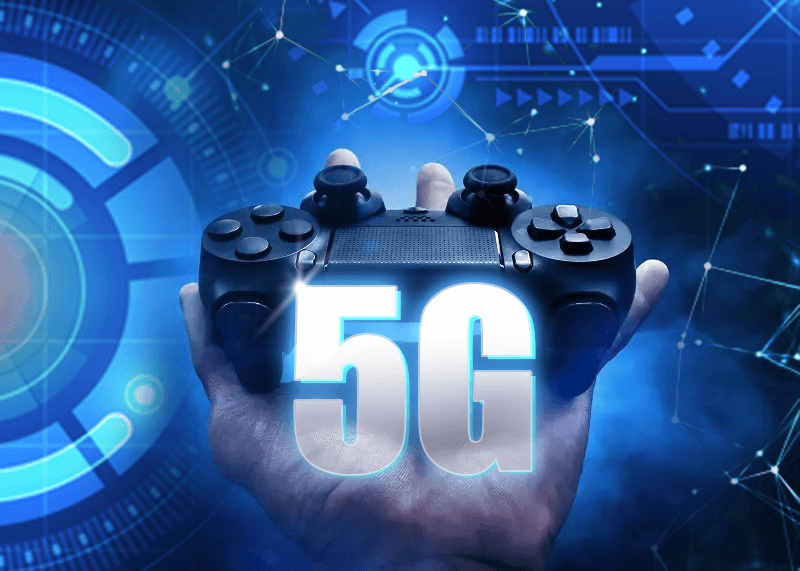 5G is a game-changer (pun intended) for the entire gaming industry. While India is not there yet (5G rollout is expected to happen by the end of 2021 or early 2022), we cater to the global game design industry.

That’s why every game design institute, gaming studio and game artist should pay attention to the explosive impact of 5G on gaming.

What is 5G, And What Will It Do For Gaming?

There are 4 generations of networks that cell phones can use. The first was 1G, and it was an analogue network that allowed us to make just calls. Then came 2G, 2.5G (GPRS), 2.75G (EDGE), 3G and 4G, which were all digital networks. All of them used radio frequencies. The difference was the speed with which they could transfer data.

Instead of the usual Megahertz frequencies, 5G utilises a very high-frequency range, about 30 to 300 GHz. How does that help? It enables every 5G device to access a bandwidth that is not already jam-packed with billions of smartphones, hundreds of satellites and innumerable Wi-Fi networks.

It means a 5G network connection is better. Significantly better.

In one second, with a 5G phone, you can transfer 10 Gigabits or even higher. Want to download a movie? You can do it in less than a second. Even when hundreds of other people are using the same connection!

That’s what 5G brings to the table – lightning-fast speed without any lag, empowering technology to go much further. 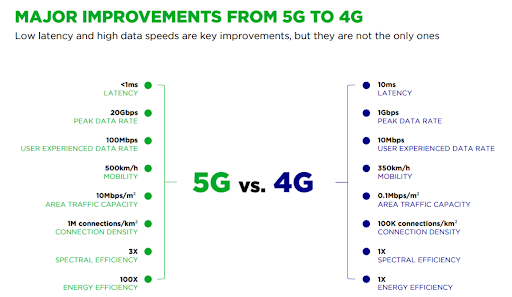 3 Things Gamers And Gaming Sector Need To Know About 5G

But blazing and reliable speed is just one feature of the technology; there are 3 more that impact gaming:

What Will Be The Effect Of 5G On Game Design & Development?

Over the past two decades, the video game industry has undergone a sea change. Yet, there is one ceiling it has not been able to shatter. Gamers need the right hardware to enjoy a game.

5G will finally break this status quo. For instance, gamers will not have to worry about the latest release of Fortnite draining the mobile battery in minutes or eating up its power.

Moreover, the choice of games gets limited to the hardware. That’s another challenge 5G solves. Yes, games likehttps://www.callofduty.com/mobile Call of Duty offer PC and console cross-play, but not with mobiles. By moving all the processing capabilities on the cloud, 5G enables mobile integration too.

Moving beyond the gaming community that sits on one side of the consoles, let’s see how 5G changes game design and development.

How are giants responding to the impact of 5G on gaming?

Called Project xCloud, it is right now in beta. Gamers can stream about 50 Xbox games to any Android device using the xCloud.

For games like Gears of War 5 (developed with Unreal Engine 4) that push even the console to the edge, streaming it to any mobile gadget is a big achievement. And it is possible only through 5G.

Currently, Project xCloud is only accessible through mobile, but Microsoft plans to expand to more platforms. The software giant is also working on controllers that work for both tablets and phones, somewhat similar to Switch.

Since Google has the weakest connection to gaming, it’s trying to lock in exclusive content. For example, gamers can buy Uplay+ from Ubisoft with Stadia. Besides securing games from 3rd parties, Google is developing its own with Stadia Games and Entertainment.

Some features that Google Stadia will offer are saving your status in a game and permitting other users or viewers to start playing the game at the point another user left it. The cloud service will also be integrated with YouTube. That means a person can transition from watching to playing seamlessly.

Gaming Will Never Be The Same

When it comes to new technologies, gaming is the first sector in the entertainment field to adopt them. And it’s safe to say the effect of 5G on gaming will be explosive, particularly mobile gaming.

Yes, the technical side will be hurdle gaming studios, game developers, and game artists will have to jump over. But those who do will reap a lot of benefits. The financial rewards to those who come up with new titles and genres at a low-cost will be immense.

So, if you’ve dreamed of being a part of game design, enrol in a good game design institute today. Career opportunities and growth will never be better.