we respect your privacy!
Home Arena Animation The Difference between Motion Graphics and Animation 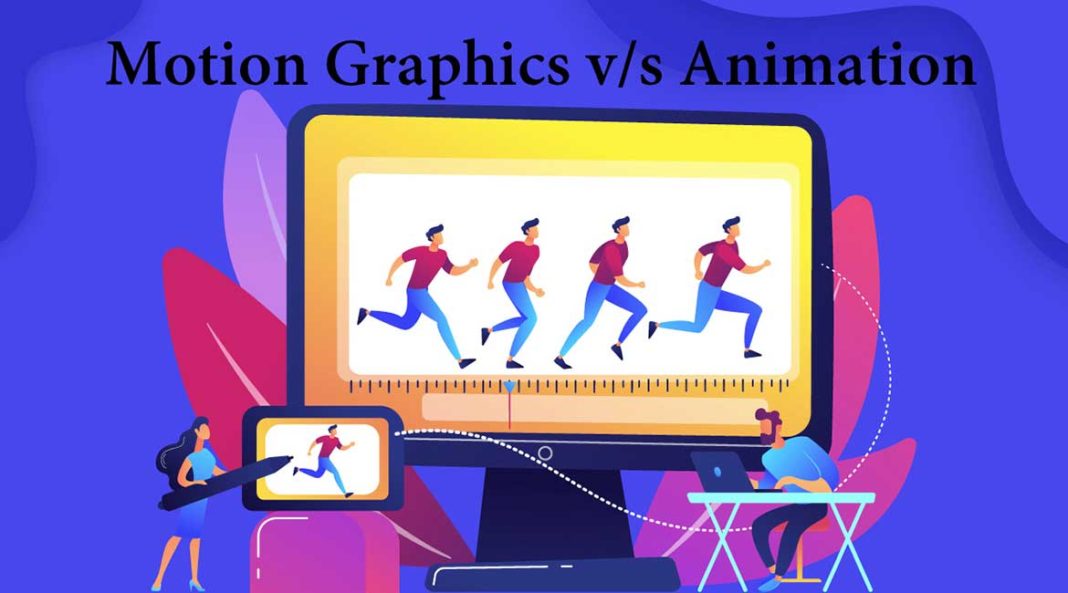 The world of digital media is ruled by motion graphics and animation, both of which play vital roles in video production. However, many people often get confused between these two terminologies and as such, they confuse one for another. For a common layman, finding the distinctions between the two is even more challenging. This is why we are bringing this detailed comparison for you.

We are going to explain to you how a motion graphic designer differs from an animator and what are their purposes. Let us take a look in detail.

First of all, let us try to understand them on an individual basis starting with motion graphics.

What are Motion Graphics? 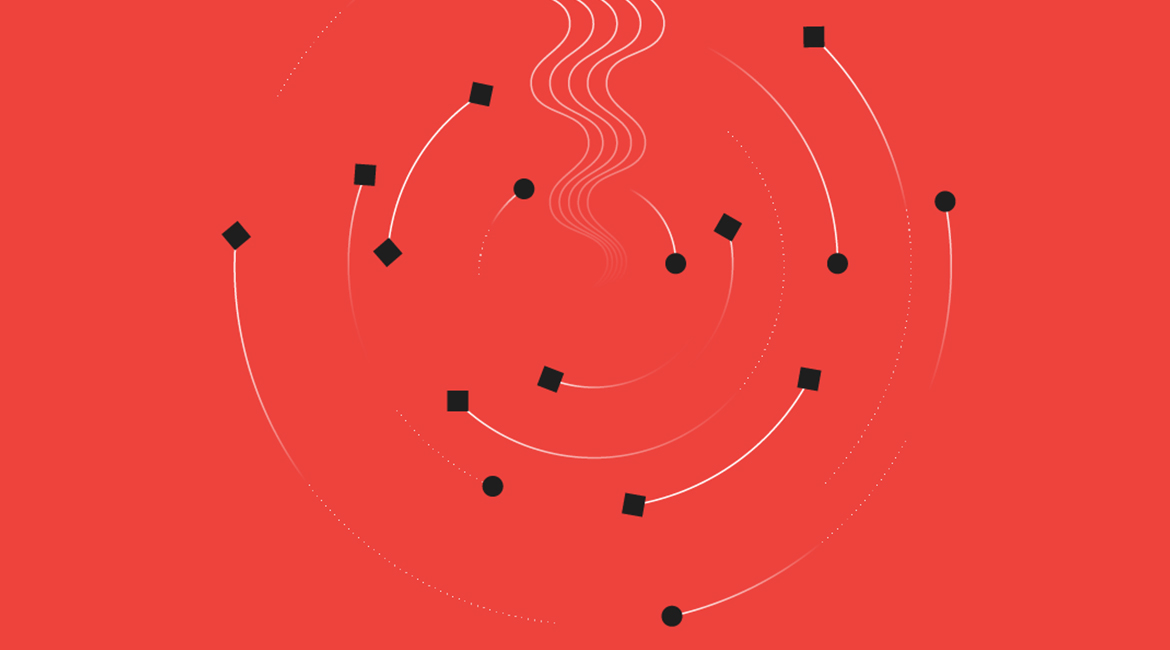 Perhaps the simplest explanation of a motion graphic design would be that it is a type of design where an otherwise static element is given movement, generally, without the need to follow a particular narrative. For instance, if you want to add some extra visual flair to your design by making the bars rise up, then that is motion graphics for you. Another example could be the logo of your company spinning on your website. That is done through motion graphics.

However, when you see the characters of your favourite fairy tale running, that is not motion graphics. In fact, it is an entirely separate kind of animation. One of the key elements that decide whether what you are dealing with is motion graphics or animation is the storytelling aspect.

It goes without saying that the visual medium of motion graphic appeals to a wider range of viewers. For a formal business, cartoons may seem too informal or childish. Motion graphics take the childish aspect out of it and keeps the content fun and engaging while also keeping it mature. It doesn’t really matter which field of business you are in or which industry you belong to, motion graphics never fail at making your message appear more entertaining, and most importantly, engaging. It instantly grabs the attention of whoever lays eyes on it.

Why Opt for Motion Graphics?

Now, you may wonder as to why people invest in motion graphics instead of a more economical, cheaper, affordable static infographic design. Well, this is because motion graphics have the ability to illustrate complex ideas visually in a way that is otherwise not possible through static design. Sometimes, still images and/or words aren’t enough to explain large or abstract ideas, and that is where we need the help of motion graphics.

Take the example of how the fields of password turn red or vibrate each time you enter a wrong password, immediately signalling you to try again. That is the purpose of motion graphics. If you want to emphasize or outline facts and figures or let’s say, if you want to illustrate a specific point, then motion graphics are indeed the best option. Basically, motion graphics can be used where you wouldn’t need storytelling or narrative.

A video that uses motion graphics can help in breaking down complex ideas of goods and services and present them in a much easy and memorable way. It must be noted that motion graphics are essentially visual aids. As such, they assist in teaching ideas that are otherwise difficult to comprehend.

Let us now shift gear and try and understand what animation is. 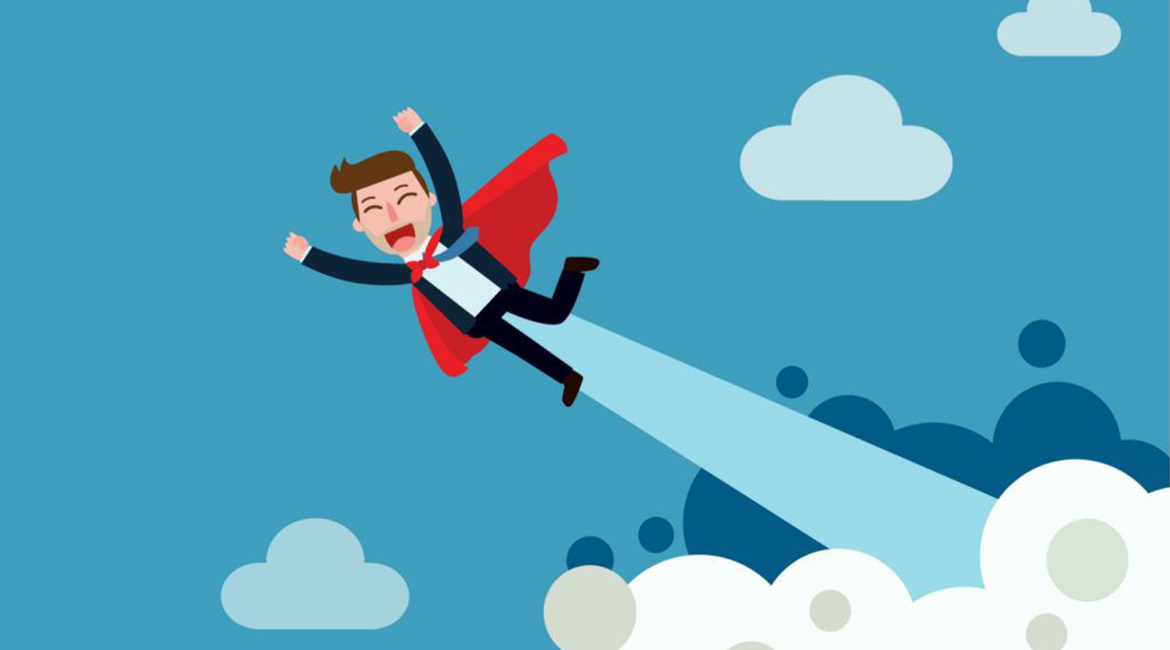 Now, the term ‘animation’ is obviously a much broader umbrella term and engulfs many different elements under it, including that of motion graphics. As with motion graphics, let us start with a simple explanation.

Animation refers to any technique that makes static images or objects to move around. This could entail anime or hand-drawn cartoon or CGI or claymation, or even the aforementioned motion graphics. It must be noted that these categories that we just mentioned are not mutually exclusive to one another. For instance, we see a lot of motion graphics being done with CGI. However, you could theoretically do hand-drawn motion graphics too if you want.

Animation, essentially, is a specific art form that puts focus on the storytelling techniques and cinematic effects to craft a narration. Animation can be essentially a very powerful storytelling medium. It can bring characters to life by injecting emotional narratives, artistic expression, blended with creative input.

Why Opt for Animation?

If you want to provide a narrative or highlight the emotional elements in a story in order to connect with the audience, then you should definitely opt for animation. This is because stories help in establishing a deeper connection between you (or your brand) and your intended target audience

As you have understood by now, all these make animation more expensive too in comparison to motion graphics. Animations are more complex and are difficult to produce. If you want to see painted or hand-drawn artwork, photorealistic CGI or stop-motion techniques, then you need to invest in more money in animation.

The Difference in the Usage of Motion Graphics and Animation

Apart from the most apparent distinction between motion graphics and animation, which is the storytelling aspect that we mentioned above, another major difference lies in the content.

Motion graphics are typically associated with setting abstract text, objects, and other similar graphic design aspects in motion. It helps in breathing movement to a web design or graph or infographic. On the other hand, in animation, we see a narrative is formed with the help of storytelling techniques and cinematic effects.

Here’s another easy explanation of the difference between the two. Suppose, you see a video where graphics are set in motion to illustrate a point, then it would be called a motion graphics work. On the other end of the spectrum, if the video uses a human character to reflects an emotional aspect, then you would call it an animation.

Both of them are in huge demand in the advertising industry. Each year, thousands of aspiring youths across the globe get enrolled in top-notch animation institutes to learn the skills and kick-start their career.

Here are some key differences in their usage:

This is a crucial aspect that you must master as soon as possible. Take this approach in deciding which one you should select for your marketing or promotional video. Ask yourself as to what you want. Do you want to exhibit various data in a visually appealing way? Then your answer should be motion graphics.

But, if you really want to pitch the aspect of how your product or service is a moving, multi-dimensional entity, then you need to select animation as it would help you in connecting with your audience at a much faster and deeper level.

Please remember that in the digital world, things are not black and white. There are many overlaps of animation and motion graphics and there will be many instances where it will be hard to distinguish between the two of them. So, instead of getting caught up between clearly defining your video as motion graphics or animation, try to focus on finding and creating the content which would engage more target audience.

Try to understand what your intention from the final product is and then choose the better option. If you think that you need a blend of both of them, then feel free to do so. Whatever serves your purpose the best, you need to opt for that.