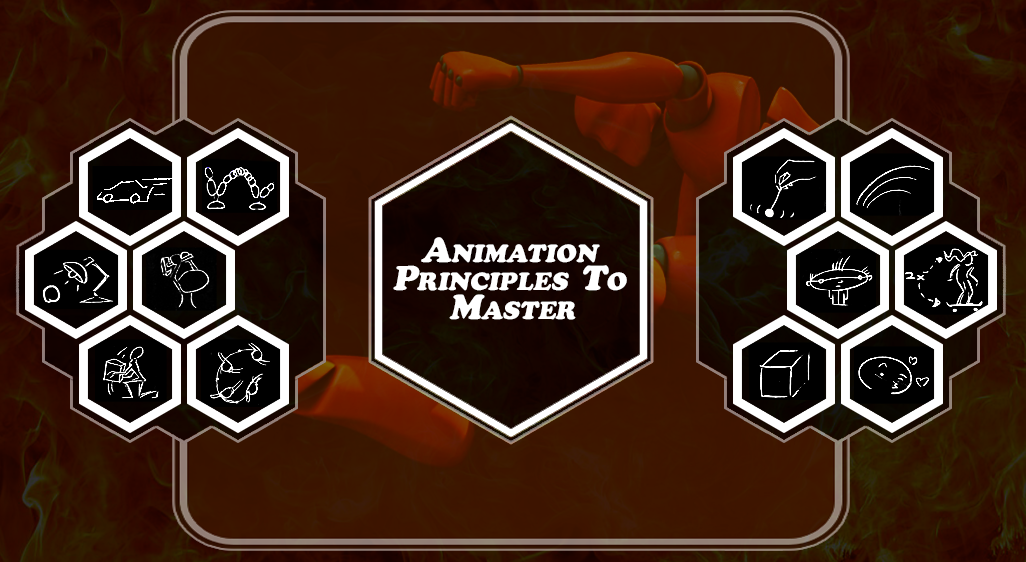 Disney is still the most well-known brand in animation, and for good reason. In their book, The Illusion of Life: Disney Animation, Ollie Johnston and Frank Thomas, two of Disney’s Nine Old Men, educated artists on the 12 fundamental principles of animation in 1981. Although animation has changed significantly throughout the years, these twelve ideas will always remain relevant and will be taught in well-known animation programs all around the world. Here are some animation principles to take note of:

The animation continues to be built on the principles of squash and stretch. It is a method used to emphasize movement, express weight, and improve the responsiveness of a character. There are numerous examples of squash & stretch in daily life, from an individual strolling to a dog barking. Animation, however, magnifies these activities. Looking at a bouncing ball or a man walking steadily is the simplest way to comprehend how stretching and squash operate.

The timing of action in an animated film is measured in drawings or frames. It establishes how quickly things happen. To put it simply, if there are more drawings between two positions, the motion will be gradual and fluid. However, the action moves along quickly with fewer illustrations.

Preparation for action is what we call anticipation. Real-world instances of this phenomenon include bowlers pausing a second before running and golfers swinging their clubs backwards before hitting the ball. In animation, humour is typically produced when the buildup of an event occurs in the opposite direction from the primary action. A larger moment of anticipation will accompany any action requiring more power.

There is acceleration when anything or anybody begins to move. Deceleration is necessary when they stop moving. Any other way results in robotic motions. Consider an automobile that begins, accelerates to full speed in a split second, and then instantly stops from 100 km/h. They are not natural movements. These motions are more realistic when performed with a slow in-slow out or ease in-easy out of the rhythm. Drawings/frames in animation move more slowly the closer they are together. The animation will go more quickly as they are spaced farther apart. The classic illustration of this concept is a swinging pendulum.

Animation artists can create realistic situations by using these two closely connected animation principles. They only adhere to physics rules. The concept of “follow-through” states that some limbs and body parts keep moving even after the person or item stops moving. When a superhero wearing a cape sprint and then stops, the cape will fly past the body and land back where the superhero was. The antenna on top of a car will continue to move for an additional second if it suddenly comes to a stop. The idea that distinct sections of a body would move at different rates is explained by the concept of overlapping action. For instance, the superhero’s limbs will move more quickly as he walks than his head.

6. Straight Ahead & Pose to Pose Animation

Have you ever used the edges of your notebook to make a stick figure flipbook animation? If the answer is yes, likely, you did not plan it out using preliminary sketches. This is a straightforward animation that was made frame-by-frame from beginning to end. Although this method was used to make the majority of the classic Disney films, it is not frequently employed nowadays.

Pose-to-pose animation is the most common type of computer animation.

To get the time just right, you establish the major postures first and add the interlude poses later. Top animation companies frequently have the main animators establish the essential poses while the team’s rookies set the rest of the frames. These twelve principles continue to serve as the foundation and are taught at all well-known animation colleges worldwide, although the animation is continually developing.

Try waving your hand, kicking your leg, or looking in a different direction. These motions follow a natural arc. Unless, of course, your character is a robot, this arc adds reality to animated figures.

This technique, which has its roots in theatrical staging, entails positioning individuals, objects in the background and front, and the camera in a scene in the right way. The scene’s staging should create the right atmosphere for the action and retain the audience’s attention on the important details.

As the name implies, this is an action that assists a character’s main action.

The protagonist could whistle while moving or scratch his head while contemplating. Character animation gains depth through such moves. If there are several secondary activities, they ought to cooperate and assist one another.

This idea needs no explanation. Exaggeration is one of the most remarkable things that animated films and cartoons can do. Consider how uninteresting Kung Fu Panda or Tom and Jerry would be without Po’s exaggerated facial expressions or the characters’ exaggerated actions. The characters are more appealing and entertaining when their facial attributes, expressions, actions, and attitudes are exaggerated.

In 2D animation, solid drawing refers to preserving a figure or object’s volume, weight, and proportions throughout an action. The difficulty of distorted sketching has been reduced with the advent of 3D animation. However, the idea of presenting your figures with the proper balance and weight is still crucial today.

It’s known as an actor’s charm in real life and as the “appeal” in animation. Every persona needs to pique the audience’s attention. Not all appealing characters are charming and cuddly. Monstrous and evil characters must also be compelling. The personalities of the characters will be defined through clear drawings and strong character design.

To enhance your work, return to the drawing board and put these animation principles into practice. With these fundamental animation principles at your disposal, start practicing and see how your 2D or 3D animation improves. To review the fundamentals whenever necessary, save this post and return it frequently. Are you considering a career in animation? Visit this page to look at courses for an animation job that will help you develop the necessary skill sets.