we respect your privacy!
Home Animation 2D vs 3D Animation: What are the Differences? 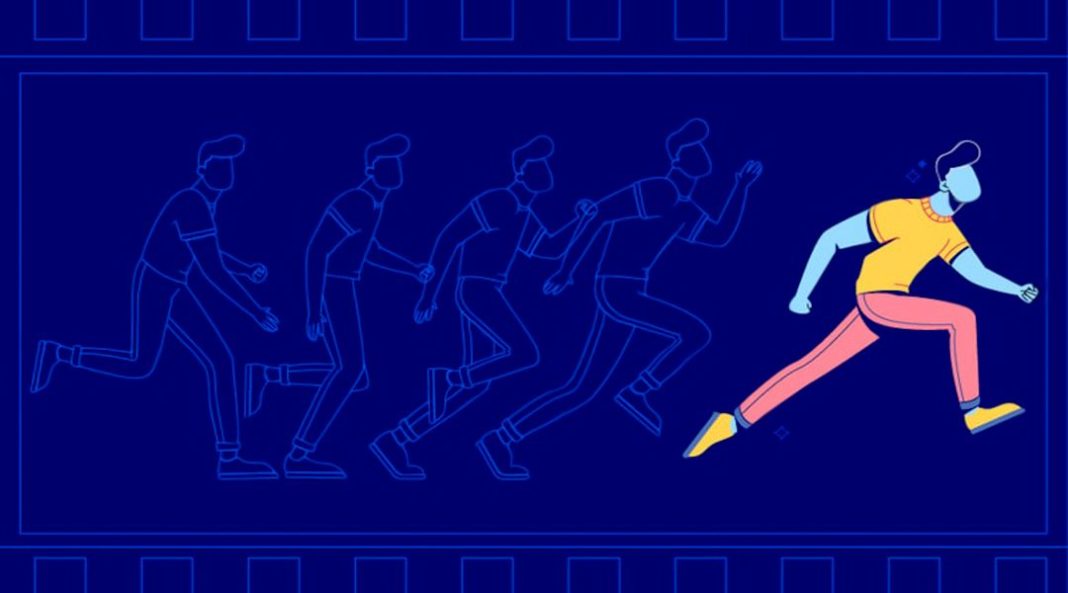 Most people when they hear the term animation, they think of Disney films such as Fantasia, Frozen, The Lion King, Beauty and the Beast, and Snow White and the Seven Dwarfs, among others, or even the Japanese anime films of Hayao Miyazaki or Makoto Shinkai. But actually, animation is not a type of film. It is, in fact, a type of technique used in films.

Of course, we have come a long way from when it started being used in films back at the turn of the 20th century. Today, entrepreneurs are using it in their digital campaign to send the message across of their products and services on the digital front. However, one of the biggest questions that people often struggle with while planning out their campaign is to find the differences between 2D and 3D animation.

Therefore, we are presenting before you a detailed discussion where we highlight the usage of both of them while also pointing out their pros and cons and the major differences between the two of them. This would not only help young hopefuls who want to get into animation understand what they are getting into but if you are an entrepreneur or filmmaker and want to use animation in your upcoming work or campaign, this would be a great guide.

Let us get started by understanding the meaning of both of them one by one starting with 2D animation.

What is 2D Animation? 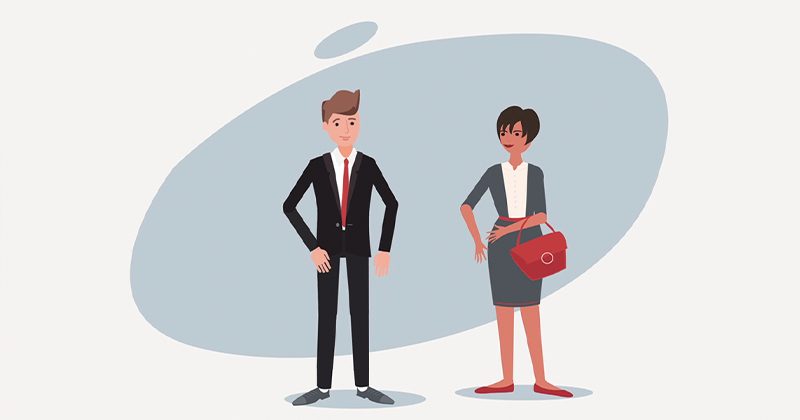 2D animation can refer to any kind of animations that are flat by nature. Imagine the childhood cartoon series such as Tom and Jerry or Duck Tales. In here, the graphic designer builds a series of static images wherein each image is different from the next, and the difference is minute. When these images are played in succession, they give us the illusion of movement. In essence, traditional drawing methods are applied here. The movements of the characters are built frame-by-frame with detailed hand-drawing, which is highly impressive, to say the least. This is also known as cell-animation method.

Graphic designers use layers and shades here to bring about impression and highlight characters. However, at the end of the day, the images are still flat and are rendered in two dimensions. In other words, objects here are two-dimensional.

In contemporary times, artists are using softwares for developing action sequences. The first action scene has to be created and the tool that you may choose will help in generating the rest of the following motion sequences automatically. So, you can say that 2D animation is all about frames.

Some of the most prominent pros of 2D animation are as follows:

Some of the most prominent cons of 2D animation are as follows:

What is 3D Animation? 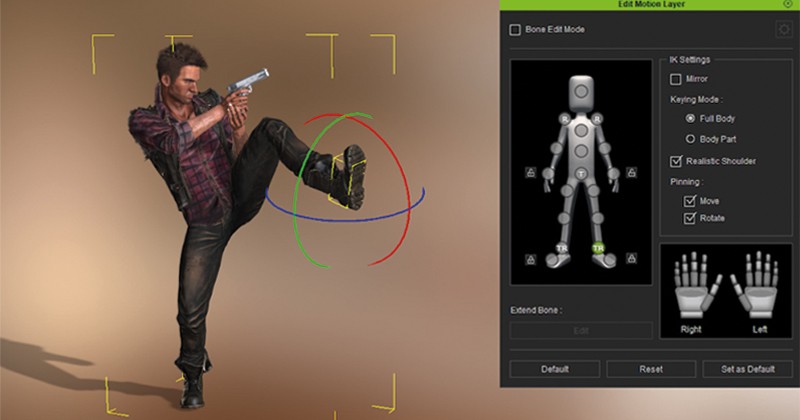 Evident by its name, 3D animation entails animating objects and characters in a three-dimensional space. Each and every object and character that you see on your screen has depth and volume and can not only be moved but also rotated. So, unlike 2D animation, depth is present in 3D animation and it is not just the illusion.  So, it is of no surprise as to why they are immensely in games, movies and virtual reality.

This type of animation is also popularly known as CGI (Computer-Generated Imagery) animation. In here, you can even animate cameras and lights. It must be noted that this type of animation also is dependent on the usage of frame. A bunch of 3D animation programmes are available in the market today. Some of the most top-notch among them include Cinema 4D, Poser, Houdini, Blender, Unity, and Autodesk, among others.

Basically, here two methods are used to create the final product. The first is keyframe animation which is nothing but the meticulous job of positioning, spacing, shaping and timing of objects and characters in successive frames. In 3D animation, keyframe method is easy to execute since in-between frames are connected in a much better way.

The second is the motion capture wherein a character is strategically positioned in a special motion capture suit which has sensors. It helps in recording the tiny and minute movements of the character’s limbs. The data that is collected is then transferred to 3D animation tools where it is added to the animation of the said 3D character.

Some of the most prominent pros of 3D animation are as follows:

Some of the most prominent cons of 3D animation are as follows:

The prospects of both these types of animation are sky-high, but detailed knowledge of both of them is needed to gain supremacy over them. A skilled graphic designer knows the key as well as subtle differences between the two of them and knows where to use which one, and to what extent. Having a degree in the same field helps you prepare to face the challenges that you might face when you enter the industry.

Young adults and even many people in their prime across the globe are taking up animation courses from various institutes to learn the nuances of 2D and 3D animation so that they can stay ahead of their competitor when they enter the actual market. So, make sure you keep this thing in mind if you want to make it big in the industry.

Now, that we have made you familiar with the basic structure of 2D and 3D animation, let us dig even deeper and find out what separates both of them from each other.

One of the most prominent aspects that distinguish 2D animation from 3D animation is their texture. In 2D animation, the texture is extremely flat in comparison to its 3D counterpart. Although some animators use excellent shading in their 2D animation work, they never seem to reflect the reality.

On the other end of the spectrum, 3D animation gives you a plethora of opportunities to add texture to your final product. You would be able to build a realistic model that can seamlessly fit into your video footage. As such, it has more marketable quality.

This is why real estate agents and engineers in construction projects value 3D animation so much. 3D animation provides them to give their client an actual impression of the textures they specify in their properties. In other words, real estate agents are able to show the minute details and differences in different kitchen countertops, living room rugs, lawn grass, wall colours, etc.

The difference in the spatial dimensions that we see in 2D and 3D animation is pretty prominent. In this aspect, 2D animators have a significant advantage since they need to draw only what would be shown on-screen. This makes the process more organised and easy to formulate. All they need to do is draw and design the key poses in the project and then slowly and steadily make in-between frames in order to connect them. This helps in generating movement.

In contrast, 3D animation requires you to build the entire model. You can call a 3D animator a puppeteer who helps manipulate the model in three dimensions. As such, you have more control over camera angles. The animator needs to consult multiple times with the client so that everything is approved before the final rendering. So, this adds an extra layer of attention to detail.

For the same reason, it takes a lot of time to render 3D animation. In case of 2D animation, there is no rendering at all.  However, if the client wants, he or she or they can request the 2D animator to redraw elements of the project in order to meet their requirements.

From a technical perspective, 2D and 3D animations couldn’t be more different.  In films, frames are displayed at 24 pieces per second in order to give the illusion of movement. However, in 2D animation, graphic designers don’t need to draw all 24. They need just 12 since that’s all they need.

In sharp contrast, 3D animation runs more in real time. This means that in 3D animation, if a frame is held for more than 1/24th of a second, then you would get distorted images as it might look too static. As such, maintaining the speed is crucial here since you would end up having a smoother and realistic video experience.

Well, at the end of the day, what you choose depends on your personal preference and the need of the project. However, you also need to take into consideration the timeline, budget, and purpose of the project into account as well.

If you want animation video for your social media platforms or your website, then 2D would more than suffice. But, let’s say, if you are selling properties or showing the intricate designs of a construction site, then you would need 3D animation.

We hope this detailed guide has helped you in having a better grasp over both 2D and 3D animation and now you are more than equipped to make the right call.