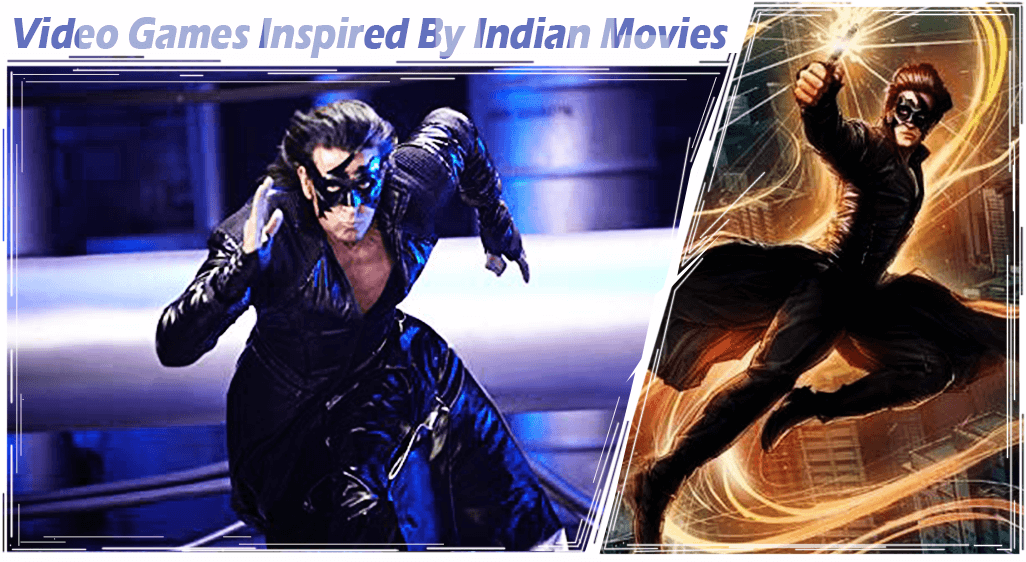 Games, like movies, can influence individuals to choose a style and make it a trend on social media. Since both have such large fan bases, the creators frequently rely on one another. Ever since the early 2000s, gaming applications have embraced the practice of adapting Indian movie genres and plotlines into games. This appeared to be well-liked by gaming enthusiasts, who continued the pattern. The practice has been followed up by Indian cinema, and here are a few notable movies whose fame has been translated into video games. These games, which are based on Indian movies, don’t feature fascinating gameplay or gorgeous visuals, but they are nonetheless entertaining to play and don’t take up a lot of space on your smartphone.

In India, video games based on well-known films are quite popular. They may not be as technically advanced as some famous games, but since the characters are so well-known, these titles nonetheless draw a sizable audience. This is why it’s not surprising that some video game creators have borrowed cult films’ narratives for their games. Here is a collection of video games that are based on Indian films yet are nevertheless entertaining to play despite not having captivating gameplay:

The pre-existing game Cricket Hungama 2016 has been updated to include the official game of “Dhoni: The untold story.” The game, however, is centred on Sushant Singh Rajput’s portrayal of former Indian captain and two-time World Cup champion MS Dhoni. You may decide whether to play a lofted shot or a grounded shot before swiping the ball in the desired direction. Although wicketkeeper-batsman Dhoni is the main character in the game, bowling has respectable controls. There are other game modes, including challenges, stories, wicketkeeping, etc.

The first chapter of the two series, Baahubali: The Beginning, which was directed by SS Rajamouli, was made into a video game. This video game, created by Moonfrog, was one of the most downloaded due to its well-known gameplay, movie characters, and requirement for real-time strategy. The video game’s objective is to grow the empire by conquering kingdoms. The player will need to develop a powerful army to do this. The game for Android is worthwhile to use in your spare time.

Bahubali won’t be simple to play if you’ve played the well-known strategy game Clash of Clans because it has archer towers, healers, and other elements. Mahishmati selects you for a Senapati position. You prepare an army, defences, and traps, then face off against the Kalakeyas using the specific abilities of several hero characters. You can attack the enemy’s fort using anything, including elephants and catapults. You have the choice to join a clan or battle by yourself.

Ali Abbas Zafar’s 2016 romantic drama Sultan, which grossed more than 600 crores at the box office, was a huge success. Soon after it became successful, the Salman Khan and Anushka Sharma featured movie was adapted into a game. The official video game is exclusively accessible to Android users and is created by 99Games. In the game, two players enter a boxing ring and engage in a brutal battle with one of them emerging as the winner.

Salman Khan portrayed Sultan in the film. As Sultan in the game, you battle various opponents and, with each victory, improve your health, strength, and defence. After increasing your energy level, you can use a “power strike” to do significant damage to an opposition. A similar game called Brothers is based on the Hollywood film version of the same name, which featured Siddharth Malhotra and Akshay Kumar.

The classic Bollywood films of all time are the inspiration for the arcade game Sholay. If you miss playing games like Contra, this game is enjoyable to play. You face off against Sambha, Gabbar, and his band of bandits as Jai (Amitabh Bachchan) and Viru (Dharmendra). To access the subsequent chapter, you must finish the previous one.

The 2013 action thriller film, directed by Vijay Krishna Acharya, with Aamir Khan, Katrina Kaif, and Abhishek Bachchan in the key roles, was made into a game by 99Games. This action-packed game, which is accessible on iOS and Android, closely follows the plot of the film. To get away from ACP Jai and the other police officers, the player taking on the role of Amir Khan will have to flee through the streets of Chicago.

It is essentially a racing game where Aamir Khan must avoid police cars and helicopters while navigating congested traffic. You gather phones during the race while using the throttle to evade the chasing police officers.

You activate the nitro with the aid of the powerups to get an advantage. Superbikes and different racing attire for your avatar are unlocked as you progress through the game.

6. Kochadiiyaan: The Reign of Arrows

The 3D Tamil film Kochadiiyaan, which was directed by Soundarya Rajnikanth, was turned into a video game by Vroovy Studios. The Kochadiiyaan: Reign of Arrows video game places the player in the role of Kochadiiyaan, played by Rajinikanth, who must defeat the invading army by himself using a game of archery. For added intrigue, the game has a variety of stages with shifting landscapes. Only Android users get access to the video game.

The Hindi film Singham, starring Ajay Devgn and directed by Rohit Shetty, is a remake of the Tamil film of the same name. Following a television series of the same name, a movie that acquired a popularity for its superhero police figure has been turned into a kid-friendly computer game. Little Singham plays the game’s super cop character. Little Singham is a game that may be played using a variety of avatars, including police, army, navy, air force, cricketer, miner, and many others.

This sci-fi action film starring Shah Rukh Khan and directed by Anubhav Sinha was turned into a video game by Sony Computer Entertainment for the Play Station 2 and 3. The action-themed single-player game has cinematic characters that give it a real sense for the player.

Gameshastra created a video game based on the third instalment of the Krrish film series, which was directed by Rakesh Roshan. One can choose to overcome the AI or other players in the infinite running game, which can be played solo or in multiplayer mode. The player can take on the role of any of the mentioned Krrish 3 characters and race to the finish line ahead of their competitors. Only Android users can download this game.

Numerous other films from the Indian film industry have been made into video games. To capitalise on both markets, captivating tales were transformed into video games. Video games have also been created based on films like Don and Chennai Express.