we respect your privacy!
Home Arena Animation The Role Of Animation & VFX In Video Games 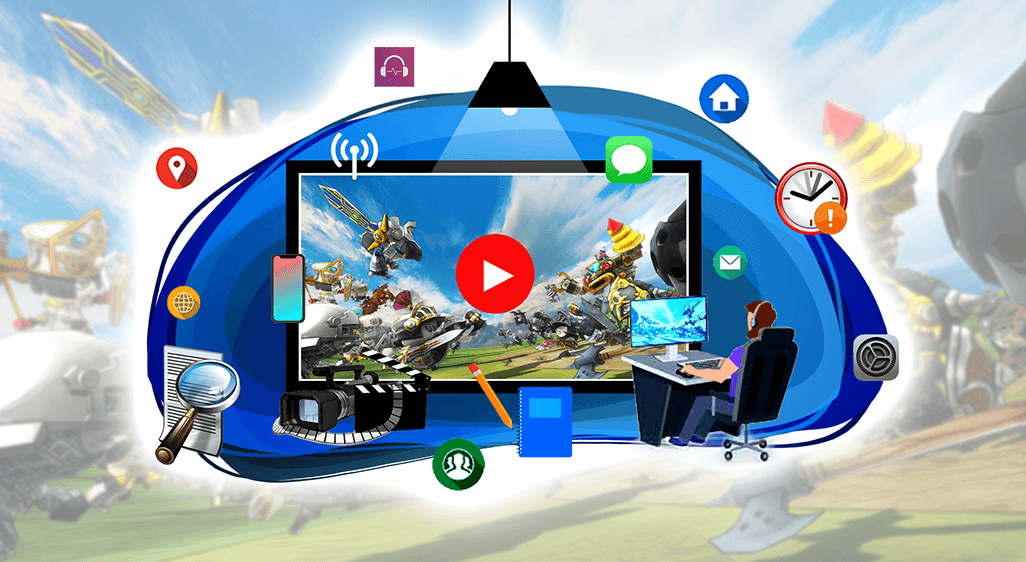 What drives the story?

The role of Animation in Video Games

Much as a wheel is driven by its cogs or a cart by the horse, a video game is dependent on animation, VFX and Motion Graphics for its conception and execution.

Roughly defined, a video game is any game that is played on an electronic device manipulating images that are produced by a computer programme on a monitor or any other display.

In the 1950s, the first video games were only simple extensions of electronic games using video-like output from large room size computers. Sometime in 1958, the American Physicist, William Alfred Higinbotham created ‘Tennis for Two’, the first interactive analog computer game and one of the first electronic games to use a graphical display. ‘Spacewar’, a game created by Steve Russell followed in 1962. The first gaming console, “Magnavox Odyssey” was invented by Ralph Baer and it revolutionized the industry.

Since then, the video game industry has grown by leaps and bounds and today’s video games have reached a whole new level of sophistry reaching new levels of excellence that is being attained by the harmonious balance between creativity and technology.

In fact, Animation as a creative visual medium has added exciting new layers of visualization to a video game, and most video games today remain firmly grounded on a solid foundation of animated imagery and characters.

What then is Animation? Simply speaking, Animation is a dynamic visual medium in which figures, drawings, models and even puppets are manipulated to appear as moving images. In traditional animation, images are first drawn or painted by hand on transparent celluloid sheets and then photographed and exhibited on film. However, with advancements in technology, most animations today are made with computer-generated imagery (CGI).

So then, how does animation contribute to the development and making of a video game?

One of the ways in which Animation plays a major role in video games is through Concept Design. Concept Artists will take a vague idea and turn them into a sharply defined world for the game to play out in. Their job is to visually flesh out ideas in a cohesive style presenting an engaging and winsome world to the player. Concept design thus builds the foundation of the game.

Animators will also bring in the element of Character Design to a video game. The theme of the game will be carried forward by the characters much like what characters would do in a novel or drama. What the animator does is give all of the characters in the game lifelike movements and engaging personalities so the player can relate to them psychologically, and emotionally to remain immersed in their world of experiences.

Moreover, animation helps in creating the facial expressions of the characters of the game in fine detail. This kind of intricate detailing is required for close up shots and allows for a more satisfying playing experience. Moreover, newer advancements in animation technology have also made it possible for animators to create worlds rich in colour that enrich the story and settings of a video game.

However, Animation is only one part of the greater matrix of video game development. VFX is another. Whereas Animation applies the illusion of movement to paintings, sketches, drawings of puppets or human beings, such as we see in Cartoons like ‘Tom N Jerry’, VFX or Visual FX is applied to real things, human beings, and scenes/frames/footage. In VFX, real things and special effects are combined to make fake scenes, characters and settings look real. Thus many of the larger-than-life scenes in a film like ‘Baahubali’ have all been created with VFX. VFX in its own right can be a powerful storytelling tool. The special effects of VFX can create illusions and trick the eye to believe in a world that simulates the imagined world in a video game. This adds interest to the video game enhancing its appeal to the player.

Further, VFX is different from Motion Graphics, a term used interchangeably with motion design. Simply defined, Motion Graphics is graphics in movement where pieces of animation or digital footage usually combine with audio to create the illusion of motion. It brings together animation, sound, written text, and pictures to effectively bring the storyline of the video game to life.

The use of animation in video games has been taken a step further with the advent of Motion Capture technology, also called performance capture or mo-cap. Motion Capture is innovation at its best blending real life and animation. It allows game developers to film someone live and transfer them into computerized form. The way mo-cap specialists do this is that they place sensors all over an actor. The sensors track and record their movements, allowing them to be mapped on a computer screen in real time as a virtual ‘skeleton’. Computer programmes are then used by animators to overlay information on top of the movements, which  create a virtual set for the movement to take place in. Motion graphics add a personal touch to video games leaving a lasting impression on the viewer.

Over twenty-five years ago, Arena Animation was one of the major companies in India to bring skill-based vocational training into India, including an animation & game development course. Since then it has helped thousands of students across India realize their dreams and build their careers in the multimedia and entertainment industry.

When you learn with us, you master everything in AVG from character design, to concept art to digital painting, and 3D modelling. Further, we provide you with mentorship from professional AVG experts to help you navigate the challenges of the game design industry. We help you leverage our industry alliances to place you under training with leading employers in this field giving you the opportunity to work on live briefs so you can build your portfolio, and gain first-hand insight into this exciting and creative industry.