we respect your privacy!
Home Arena Animation The Path To Becoming An Animator 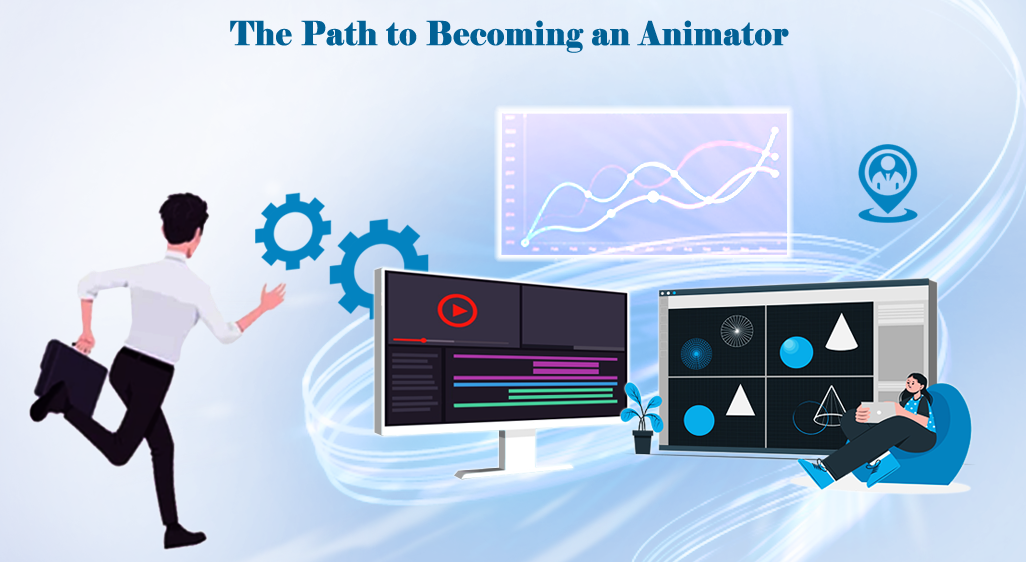 An animator is a creator who produces numerous visuals, or “frames,” that when displayed quickly in succession appear to move. Film, television, and video games are just a few of the industries where animators can find employment. Since animation is closely tied to cinema and requires a lot of labour, just like filmmaking, the majority of noteworthy works involve the cooperation of numerous animators. The techniques used to produce the visuals or frames for an animation piece depend on the creative preferences and expertise of the animators. Other artists that work on anime films but are not animators include background artists, storyboard artists, layout artists, and narrative artists. The director, producer, sound engineer, and editor are among the film crew roles shared by animated and live-action movies, respectively.

How To Get Into Animation?

Do you want to work as an animator? People with a creative eye, a natural curiosity, and a passion for creation can thrive in the exciting field of animation. To get ready for an animation career, there are four crucial steps.

Digital artists can use their art, design, and creative talents to generate animations in both animated and non-animated feature films, from storyboarding—a method of organizing illustrations in a sequence—to putting the finishing touches on a special effects part of a high-action movie. Additionally, they can add animation to videos to increase their social media reach and produce animated material for websites, educational resources, and corporate presentations. It would be wise for aspiring animators to begin by exploring the many forms of animated media while keeping both their professional and personal interests in mind. They should be aware of the following typical tasks performed by animators, among others:

What if you have artistic talent and are creative, but you need to improve your technical abilities? Consider utilizing the market’s free open-source animation tools. In addition, aspiring animators should look for chances to hone the essential skills in the subsequent parts.

The ability to create art is necessary to work as an animator. This talent can, however, take many many forms, such as drawing, conceiving, or using software to edit. When it comes to creativity, it’s important to note that this trait also entails problem-solving creativity.

It just takes a glance at the closing credits of an animated feature film to see how much teamwork can go into animation. This means that for animators, effective collaboration, interaction, and listening depend on having strong communication skills.

An idea can be taken and brought to life by an animator who is skilled with digital tools. Technically proficient animators face intense competition in the market.

The management of several creative projects, each including thousands of still pictures, maybe a time-consuming and challenging procedure in animation. Animators can maximize their creativity while meeting deadlines if they can utilize and manage their time well.

Self-training can greatly enhance the abilities of people pursuing careers in animation. Aspiring animators can learn new techniques using the free animation tools described in this article. A college degree in digital media also gives aspirant animators a competitive edge in the employment market. For instance, a bachelor’s degree in digital media can foster students’ innate artistic aptitude and creativity as well as their ability to master complex animation tools and software, such as 2D and 3D program. Enrolling in a bachelor’s program also provides an opportunity for networking with people who share your interests, making animators more marketable. Drawing for design, web design, motion graphics, advanced digital illustration, prototyping, and photography are among the subjects covered in a bachelor’s program in animation.

Junior-level positions in design or animation are typical career routes for budding animators. Early in their careers, a large portion of the labour might be administrative. For instance, they can assist a senior animator by taking calls, scheduling meetings, or creating materials for brainstorming sessions. An animator’s ability to develop professional abilities like teamwork, communication, and problem-solving depends on the knowledge acquired in administrative roles and the connections made during this stage of their career. People need to keep track of the work they give to animation projects as new possibilities to do so arise. By gathering and structuring their work, they can create a portfolio that demonstrates their abilities and experiences, opening doors to more senior and advanced positions. Art director, multimedia artist and animator, graphic designer, and other responsibilities are only a few of the creative, artistic, and technical foundations that animators possess.

As technology advances constantly, aspiring animators gain from knowing the tools and software for commercial and open-source animation that are described in this tutorial. Formal education, such as a bachelor’s program in digital media, gives people access to the most recent skills and knowledge about experts’ best practices for animation. The BLS predicts a 4% increase in employment prospects for animators between 2018 and 2028. The animation business is a fast-moving, cutthroat discipline. Employers are looking for animators that can be focused, artistic, attentive, and willing to put in occasionally long hours. Consider a career in animation if you want to give static images and things life while also creating engrossing narratives, recognizable characters, and fascinating environments.