we respect your privacy!
Home Arena Animation A Brief History Of Animation 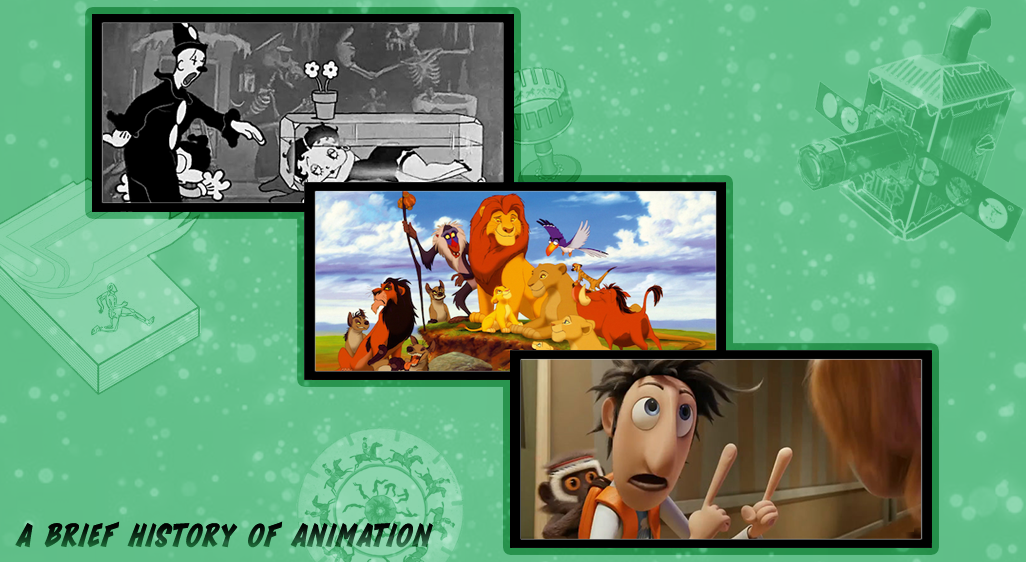 The origins of animation can be found in antiquity. Animation has existed in numerous forms throughout history, developing into the technological marvel we see today from the Greek ceramics of the ancient world to the ocular toys of the seventeenth century to the Computer-Generated Imagery (CGI) of the twenty-first century.

Animation is the process of bringing artworks or inanimate objects to life through motion graphics. Through the use of images and drawings, animation techniques create the appearance of movement and tell a story to viewers. Some people believe that early Grecian Pottery, which included animated scenes and facial emotions on its surface, was an early kind of animation.

The history of animation predates the creation of cinema by a great deal since early animators throughout the ages figured out how to make movies without cameras or other recording equipment. J. Stuart Blackton’s The Enchanted Drawing (1900), which employed a live-action actor, props, and stop-motion techniques to create a two-minute comedic scene, was the first animated sequence captured on standard picture film before Oscar-winning CGI Hollywood blockbusters like Pixar’s Toy Story 3 (2010) and Academy Award-winners like Finding Nemo (2003). Throughout the decade, animation developed, with Fantasmagorie (1908), a two-minute stick figure animation by French cartoonist Émile Cohl, emerging as one of the earliest cartoons. By using techniques like keyframing, inbetweeners, and animation loops for the first time in an animated picture in 1914, Winsor McCay’s Gertie the Dinosaur revolutionized the field of animation and set the standard for all subsequent animation production. A short animated picture wasn’t fully scored until Walt Disney’s Steamboat Willie (1928), which helped make Mickey Mouse and the future usage of sound in animated films mainstream.

There have been several toys and gadgets throughout history that can show animated cartoon characters, people, objects, and events in motion:

A device for image projection called the Magic Lantern was created in 1603.

The projection of the slide’s images was accomplished using this mechanism, which used a mirror in the back of a light source (initially a candle) to direct the light through lengthy glass slides. The magic lantern was the first example of “moving pictures,” as the movement was created by combining the slides.

The Thaumatrope was an optical toy popular in the nineteenth century that included an image disc held in place by two strings. The “persistence of vision,” an optical illusion that tricks the eye into seeing movement long after movement has stopped, caused the disc to spin as the strings were twirled, fusing the pictures on either side of the disc into one.

The Phenakistoscope often called the Fantascope and also spelt “Phenakistiscope,” was invented in 1833 and featured rotating, painted cardboard discs that appeared to be moving when reflected in mirrors. Only one spectator at a time could experience the novel experience of the Phenakistoscope.

The Zoetrope, which replaced the Phenakistoscope, was a rotating cylindrical form that showed images in a series of motion phases that numerous viewers may view at once. The eye used a mechanism supplied by the cylinder’s numerous vertical slits to prevent the spinning images from blending as they moved.

The Kineograph, often known as the Flipbook or “moving picture,” made its debut in 1868. A scene can be animated by swiftly flipping between the pages of a small book of drawings called a Kineograph. Each page depicts a distinct type of movement.

The Zoetrope was superseded by the Praxinoscope in 1877, which had an inner circle of angled mirrors in place of its narrow vertical slits. Compared to looking at the moving graphics through slits, the animation was sharper and more vibrant thanks to these angled mirrors.

The Pauvre Pierrot (1892) by Émile Reynaud was made possible by the use of a larger image roll for the Praxinoscope. Because 500 separate images were manually painted onto Reynaud’s picture roll, Pauvre Pierrot is frequently regarded as the first animated film (rather than using photographs). But according to film historians, Émile Cohl’s Fantasmagorie (1908) is the earliest instance of a motion picture created using conventional animation methods, making it the very first animated film.

Some people believe that the earliest animated picture was Humorous Phases of Funny Faces (1906), produced by the British-American J. Stuart Blackton. Throughout the three-minute film, Blackton illustrated some animated characters using stop-motion animation. The first animated movie technically recorded on the actual film was Humorous Phases of Funny Faces, which was the first animated movie recorded on standard picture film.

Snow White and the Seven Dwarfs, produced by Walt Disney Studios, was the first animated feature movie (1937). This film was animated using the conventional cel animation technique, which included painting two-dimensional images on a transparent celluloid sheet. Instead of needing to start over every time, the cel animation approach allowed for the transfer of graphics between frames, accelerating the process and saving time and labour.

For science and research, people started experimenting with computer graphics as early as the 1940s. John Whitney Sr., a composer, animator, and inventor, transformed a Kerrison Predictor into a custom computer (a World War II-era anti-aircraft fire-control system). They were able to create accurate lines and forms by controlling the device mathematically in more detailed ways. The opening title sequence for Alfred Hitchcock’s 1958 film Vertigo was animated by Whitney Sr. with the help of renowned graphic designer Saul Bass. The iconic movie is regarded as one of the pioneers of live-action computer animation.

As more computers became commonplace during the 1960s, innovative digital graphics took off, and by the 1970s, many artists were employing computer graphics as an art form. Government money given to the University of Utah saw the emergence of ground-breaking animation projects, particularly one made by Ed Catmull, Hand/Face. Graphic Design tools and computer software continued to advance (1972). As more people learned about the potential of this new medium, computer animation skills grew as well, eventually turning into the CGI masterpieces that now predominate in our culture.